EDITOR'S NOTE: Lessons in Stepping up from ‘Friday Night Lights’ 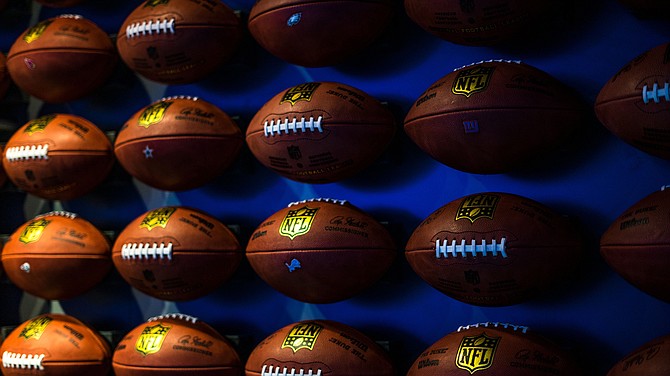 As destructive as some of the "football first" atmosphere on "Friday Night Lights" can be, the show definitely gets a few things right. For one, if you want to be a part of something greater, allow the men in this issue to inspire you to do your part to make that greatness happen. Photo by Adrian Curiel/Unsplash

It may be the peak of the baseball season, but my clear eyes and full heart have been fully set on football, thanks to my latest TV nostalgic kick. For those that don't speak outdated pop-culture references, I've been re-watching all of the show "Friday Night Lights."

This is a weird decision for me for a few reasons. First, I really don't care about football, and the show mostly focuses on a love for the game that I just don't have. Second, the show ran for five seasons, so I'm basically condemning myself to at least 65 hours of a show that my wife gave up on after the first five minutes.

The third reason is one I'm still discovering as I go, but it has made for an interesting experiment in observation. The show ran from 2006 to 2011, which isn't so long ago in the grand scheme of things, but my goodness have we gotten better about weird gender stereotypes over that time.

Of course, not every show has grown with the years—"The Bachelor" comes to mind, but honestly, fill in the blank with any reality TV show—but as much as I love "Friday Night Lights," I'm seeing some unhealthy tropes at work.

Meathead guys ignore education to focus on ever-important athletics. Meathead guys struggle with anger issues and an inability to share their feelings outside of said anger issues. Meathead guys objectify hot girls (who find that charming, for some reason). Hot girls, for the most part, are dumb. Hot girls shuffle their lives around to fit with their boyfriend's future plans.

Sure, it has been several years since I first tuned in to watch the weekly drama unfold on and off the field, so I can't remember how much of this is working toward a series of cautionary tales. But there has been one major through-line in most of these early episodes that I'm ready to see disappear from entertainment forever: It's not OK for men to care.

In "Friday Night Lights," men can care about one thing, and that's Dillon Panthers football (and you just heard that in a Texas accent if you were a fan of the show). Everything else is optional, from family to jobs to friendships. This is a show that, at its core, claims to be all about community, and yet, every male character on the show, and most female characters, agree that the only thing holding their community together is football. All it takes is a less-than-stellar game for people to be at each other's throats.

It's only entertainment, I know, but to some people, that characterization may not be all that far off from what you've seen, or heck, from how you've acted.

One thing that I have always been proud of about Jackson is that we have so many men who aren't afraid to care and wear that on their sleeves. Equally  important, we have men who are focused in that care, putting in effort to improve our city in a wide range of fields. The Jackson Free Press' annual "Guys We Love" issue is essentially a testament to that fact.

This year, I had the opportunity to talk to three of the selected "guys"—D.J. Baker, Alan Grove and John Perkins. While they are all working toward bettering their communities and their efforts cross paths on several levels, I found the differences in approach and focus to be interesting.

For Baker, the end goal is a healthier Mississippi, and the way he's looking to accomplish that is through food education and local farming. Two of his projects almost seem stacked against each other from an outside perspective, as he grows produce with RD & S Farms and teaches others to grow it for themselves with his company, Esculent. In actuality, they're all working toward the same thing.

"If the concept is growing for community, (you should) allow the communities to grow some for themselves," he told me. "You're not going to have families that are going to go out and do whole farms for themselves, you know? ... But you can cut grocery costs, and this is an opportunity for families to literally grow together."

Perkins and Grove both work to promote and develop west Jackson through the same organization, Common Ground Covenant Church, with the former as the lead pastor and the latter as operations and production manager. However, in some ways, they come at it from different angles, even while working on the same projects.

For Perkins, Common Ground's many projects center on providing a path for those who care to be active in seeing those projects come to fruition. This extends to several of the church's annual events, including Taste of West Jackson, which supports local restaurants, and the annual Jubilee Conference, which helps local nonprofits, churches and government groups find a unified approach to meet the needs of the poor.

"We are asking people to get in the game, and I think there are also people who want to do more than stack chairs. We're finding those people, or they're finding us," Perkins said.

Grove has been living in Jackson for just over three years, although he started getting plugged into the west Jackson community about a decade ago while living in Seattle. For him, working with Common Ground opened the door to pursue two of his passions, social entrepreneurship and ministry. That didn't mean coming in like a white knight but instead being willing to ask how he could help the people who were already hard at work.

"A lot of it was just seeing the vision or the end goal of the project, and filling in the gaps the best you can, adapting if necessary," he said.

This week's issue is filled with people like that and stories of men who not only care deeply about their city, but also are glad to share that passion in the hope that it inspires others to get active in their own way.

What's something that you are passionate about in your community but haven't gotten plugged into yet? Maybe it just takes some research to find a way to get involved. Maybe you're the one who has to take the lead on that front and launch a new community project so that others with the same passions can gather around it.

As destructive as some of the "football first" atmosphere on "Friday Night Lights" can be, the show definitely gets a few things right. For one, if you want to be a part of something greater, allow the men in this issue to inspire you to do your part to make that greatness happen.