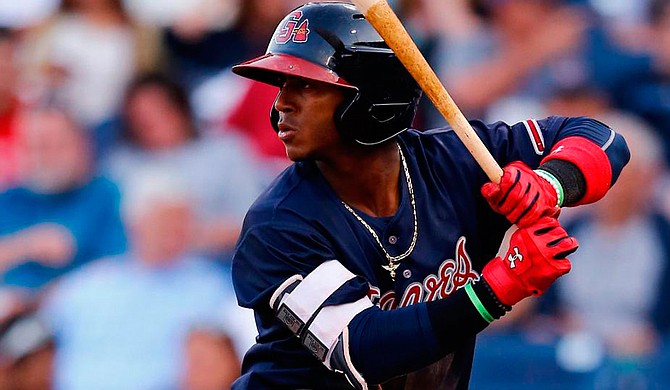 Four Atlanta Braves have been named to the 2018 All-Star Game, including former Mississippi Braves star Ozhaino "Ozzie" Albies, who made the National League team as a reserve second baseman.

Albies, who was born in Willemstad, Curacao, signed with the Braves in 2013 at the age of 16 for $350,000 over teams like the Texas Rangers, New York Yankees, Los Angeles Dodgers, Cincinnati Reds and Tampa Bay Rays.

Curacao is a small Antilles island just north of the Venezuelan coast, and is home to several Braves players such as Andruw Jones, Jair Jurrjens, Andrelton Simmons and Randall Simon.

The Braves sent Albies to rookie ball for the 2014 season, where he played for the Gulf Coast Braves before joining the Danville Braves. He moved up to the Class A Rome Braves for the entire 2015 season.

Albies split time in 2016 between Class AA Mississippi Braves and Class AAA Gwinnett Braves. While in Pearl, he hit a .321 average with 106 hits in 330 at-bats along with his 56 runs, 33 RBI, 22 doubles, 21 stolen bases, seven triples and four homeruns. He also posted a .391 on-base percentage and a .467 slugging percentage.

His season came to an end during the Mississippi Braves' first playoff game in 2016 when he broke his right elbow after fouling a pitch. The injury ended his season, and he began rehab so he could be back for spring training in 2017.

The 5-foot-8-inch, 165-pound second baseman was assigned to Gwinnett at the beginning of the 2017 season. He joined the Atlanta Braves on Aug. 1, 2017, making his major league debut against the Los Angeles Dodgers at just 20 years old.

This is his first full season in the majors, as he earned his first All-Star appearance. As of press time, he is hitting for a .288 average in 90 appearances with a .325 on-base percentage and a .529 slugging percentage.

The 89th Midsummer Classic will be at Nationals Park in Washington, D.C., on July 17 with coverage on Fox beginning at 6:30 p.m.