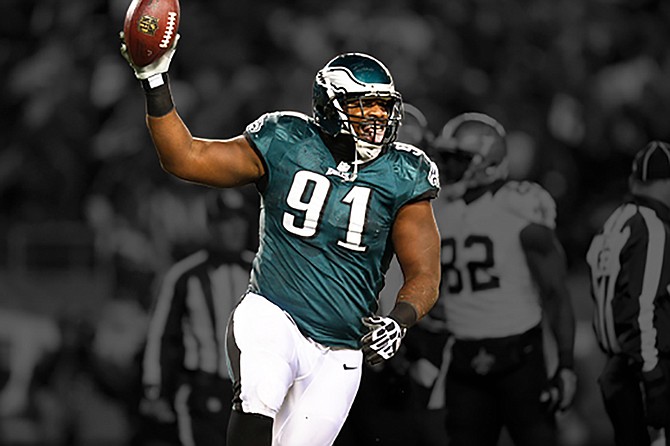 Much of the focus leading up to the two conference-championship games in the NFL this Sunday, Jan. 21, will be on the quarterbacks. Of the final quartet of single-callers, three are not what many would consider household names.

The focus of the "no-name" passers taking the field for the Minnesota Vikings and Philadelphia Eagles will dominate the discussion, but the real story will be which defense can disrupt their opponent's quarterback. Both teams feature solid defenses, and the pressure will be on those defenses to make plays against quarterbacks who aren't considered stars.

In the divisional round, the Eagles found ways to control the Atlanta Falcons' offense. One of the biggest reasons for Philadelphia holding the Falcons to just 10 points was defensive tackle Fletcher Cox's play.

The former Mississippi State University star had a solid game on the stat sheet with seven tackles, five solo tackles, two tackles for a loss, two quarterback hits and a sack. However, even those numbers don't tell the whole story of what Cox did for the Eagles.

On nearly every play, the Yazoo City, Miss., native was in the Falcons' backfield. It didn't matter if it was a running or passing play; Cox was doing his best to disrupt Atlanta's play-calling.

Even when he wasn't in the backfield causing havoc, he was demanding a good deal of the Falcons' offensive line attention. Atlanta didn't try to block him one-on-one for every play; instead, they tried to use more than one blocker, and that included help from running backs.

Since the Eagles drafted Cox in the first round with the 12th overall pick in the 2012 NFL Draft, the defensive lineman has become one of the best in the NFL. He has also been one of the more durable players at his position, playing in 93 games during his six-year career.

Things came together in Cox's third year as he played in all 16 games, and recorded 61 total tackles, 48 solo tackles, five tackles for a loss, four sacks, three forced fumbles and one fumble recovery.

This season, he earned his third-straight Pro Bowl selection, but if the Eagles win on Sunday, he will not be playing in the game since the team will be in the Super Bowl. It was another solid year for Cox, who had 26 total tackles, 15 solo tackles, 5.5 sacks, two fumble recoveries, two defended passes, one forced fumble and one tackle for a loss in only 14 games.

Because of his achievements on the field, he was able to land a massive payday. Before the start of the 2016 season, the defensive standout signed a six-year extension worth $103 million. While he mostly likely won't play out the full contract without the team reworking the deal, he did secure $63 million in guaranteed money.

Fans can tune in to watch Cox and the Philadelphia Eagles take on the Minnesota Vikings at 5:40 p.m. this Sunday, Jan. 21, on FOX.