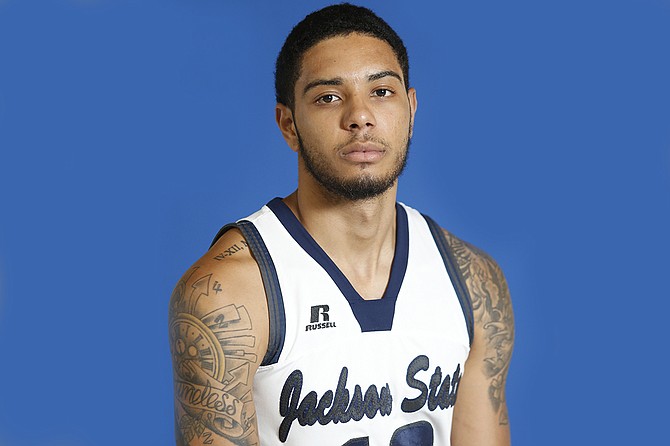 This year, Jackson State University's basketball team played a competitive out-of-conference schedule and struggled to a 3-10 record. The Tigers have righted the ship since entering 2018 and are currently on a four-game winning streak. One bright spot throughout the season has been forward Maurice Rivers.

The senior is one of three players averaging double-digits in points. He currently leads Jackson State in scoring at 12.2 per game and is second on the team in rebounds with 5.1 per game.

In the beginning of his college career, Rivers played for Rice University, and averaged just 3.8 points and 3.6 rebounds in 12 games during the 2014-2015 season. He joined Chipola College in Marianne, Fla., for the 2015-2016 season and improved his averages to 6.1 points and 5.3 rebounds per game. Last season, his first at JSU, Rivers averaged 7.1 points and 4.8 rebounds in 31 games.

After a six-game streak of scoring 10 points or more, Rivers only managed four points in a 54-70 loss to Ball State University on Dec. 22. However, during his streak of double-digit points, he averaged 15.5 points per game.

Rivers started off slowly when SWAC play began the next week, as well, with the Tigers' first conference game against Alabama State University on Jan. 1. He scored just seven points in JSU's 82-73 win.

In conference rankings, Rivers is currently 10th in scoring, and 11th in rebounding and field-goal percentage. He is 14th in free-throw percentage and eighth in blocked shots.

JSU will need Rivers playing some of his best ball over the next five games this month. The team will host Texas Southern University on Saturday, Jan. 13. TSU might be 3-13 overall, but those three wins have been in conference play, and Texas Southern has won four of the last five conference regular-season titles and three of the last four conference tournaments.

On Monday, Jan. 15, the Tigers will host the Prairie View A&M University Panthers, who are just a game-and-a-half away from taking the SWAC's top spot. JSU will then finish its three-game homestand on Jan. 20 against Grambling State University, which is currently 1-3 in SWAC play.

Jackson State will hit the road on Jan. 27 to face Mississippi Valley State, which is currently winless in conference play. The Tigers face the University of Arkansas-Pine Bluff, which is tied with TSU at 3-0 in SWAC play, on Jan. 29.

A strong showing from Rivers and the rest of the Tigers could set them up to compete for the top seed in the conference tournament. The last time Jackson State was the SWAC Tournament champion was in the 2006-2007 season.