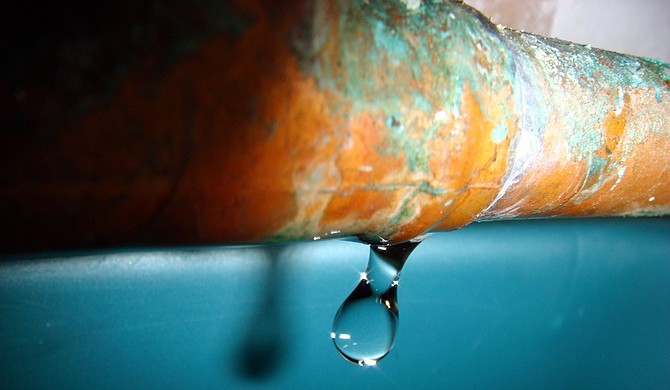 Every day since the City declared a state of emergency on Jan. 2, it has sent out detailed press briefings on the cold weather, how to conserve water and the steps the City of Jackson has taken to stay on top of the main water breaks. Photo courtesy Flickr/Terekhova

The new year ushered in a freezing cold front that put our pipes and infrastructure to the test. Seeing that we're in the second week of the year and also week two of a system-wide boil-water notice, Jackson didn't quite pass. However, Public Works Director Bob Miller has been hard at work, adding as many as eight contractor crews to supplement the workload alongside three city crews to fix 119 confirmed breaks as of Tuesday. Jackson Public Schools remained closed Monday and Tuesday, and some colleges and universities had to adjust their move-in dates because of low water pressure.

Every day since the City declared a state of emergency on Jan. 2, it has sent out detailed press briefings on the cold weather, how to conserve water and the steps the City of Jackson has taken to stay on top of the main water breaks. It added staff to the 311 call center. Miller says that under the direction of Keyshia Sanders, the City prioritized answering the phones by opening its backup call center and recruiting people to work overtime, and even the mayor's executive staff stepped in to man the call center and hand out water at distribution points.

This hands-on attitude is exactly the momentum Jackson needs to make the comeback those living, working and investing in the City desperately want to see. However, it has also highlighted areas in which Jackson has room to improve.

Per the update on Sunday, Jan. 7, over the weekend the City only had one city crew among the seven contractor crews working. Miller said that happened because many of those employees work two jobs to support their families. We need more city manpower or perhaps better incentives so that public-works crews don't have to hold multiple jobs.

The city clerk's office could also learn a thing or two about the transparency of the public-works office. While the fact that Mississippi's capital city can't even open schools because of poor water conditions is devastating, the communication we've received about the matter and Miller's willingness to explain any unclear detail begin to make up for the fact that our infrastructure won't improve overnight. This transparency made all the difference, as Miller himself said people calling on the phones don't seem to be panicked—they just want information.

This newsroom has constantly been hit with "research fees" from the clerk's office when filing public-records requests—even for digital documents that are merely a click away. Seeing that our job is to hold officials and entities that receive taxpayer dollars accountable, we can't be as calm as the citizens calling 311 who get the information they need and are able to go on with their days. A lack of transparency and unfettered access to public documents infringes on our rights as citizens and reporters to have unfettered access to documents our officials exchange and approve. Transparency cannot only be for the wealthy who can afford these fees.