OPINION: Marriage: Not Just About the Vows 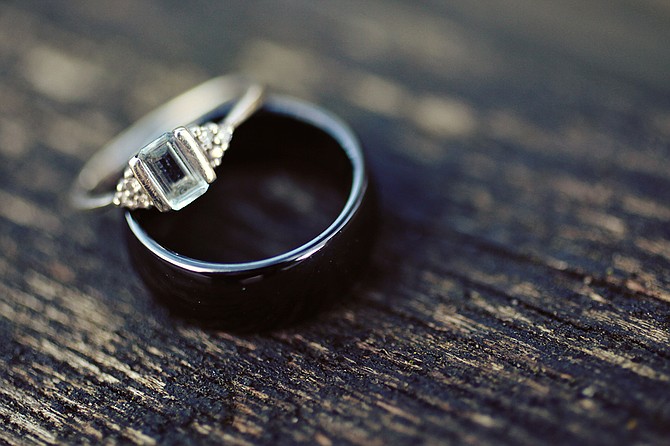 Marriage doesn't start and stop with the two people who take the vows. It's about families, too, and not just your children. It's also about each individual's families and how they've prepared each spouse for life with another human being. Photo courtesy Flickr/philhearing

Marriage is a never-ending compromise. People like to think that as long as you love each other, it is a breeze. Lies! In fact, at the end of the day, love is only a tool that can be used to get you through rough times. If you're lucky, you may be able to pull from the depth of your love to keep you from walking out or cutting your loved one when everything is about to fall apart. Often memories of better times, when love was new and fresh, can re-ignite the flames when it seems like the crash-and-burn is eminent.

Marriage doesn't start and stop with the two people who take the vows. It's about families, too, and not just your children. It's also about each individual's families and how they've prepared each spouse for life with another human being.

In my household, my father was clearly the dominant one. He wasn't the sweetest person to us, and that includes my mother. He was stern, and he provided. Their roles were clearly defined. He did the "man stuff," and Mama did the "woman stuff." He brought in the food for the family; Mama cooked it. He paid the bills, and Mama took care of the children. Without realizing it, their relationship taught me that this is what marriage was supposed to look like. She nurtured us, and he protected us.

My husband grew up in a household where there was a 50/50 split of almost everything, from cooking to seeing about the needs of the children. He was able to watch his mother go to work, and his father did the same. He learned early on that there were no specific roles and that marriage is an equal partnership.

Our very first conversation about expectation when we decided to be husband and wife was sort of strange for me. He said to me that he expected me to follow my dreams, and he'd support me in doing that. I hadn't really given any thought to what my dreams meant since I was a young girl dreaming of one day being a lawyer and a professional singer. I wasn't one of those focused people who had a clear idea of what the future looked like. I was just going with the flow.

He, however, knew exactly what he wanted to do with his life, and he aimed to see it happen. So guess what I did. I latched on to his dream and tried to find a cozy place to exist in so that when we had children I could just do what my mother did. That's what I knew, and I was comfortable with that.

I toyed over his sentiments for a while not knowing what to do with what he'd said to me. He never pressured me, but he was clear and direct with what he wanted. I realized if I wanted to be his wife, I'd have to release the me I'd decided to shelter, and it wasn't as hard as I thought.

After finally accepting that I wasn't my mother, and he wasn't my father, I realized that I wanted to cultivate my own lane in this journey. I didn't have to be one or the other—career woman or wife. I could be, and would be, both (plus some). He was relieved. Deep down, so was I.

It's an ongoing conversation nine years later, though. We find ourselves somewhere in the middle of where our parents were. I need him to be "the man" from time to time, and he usually steps in without reluctance. But I also have to do some things that I was under the impression I wouldn't be doing when I got married, like taking my own car to get an oil change. I actually had to redefine my role as a woman and a wife, and his as a husband and man. My idea of having a marital relationship that looked more like James and Florida Evans than Cliff and Claire Huxtable wasn't going to cut it.

Marriage is simply about finding the balance that works for the two people who took the vows. The rest will work itself out. It's not an easy road, but the bumps and curves are there to simply make the foundation stronger. We'll be traveling this road forever; I'd rather have some twists and turns than a straight shot anyway.

How boring would that be?

Funmi "Queen" Franklin is a word lover, poet, a truth yeller and community activist. She is the founder of an organization that promotes self love, awareness and sisterhood. This column does not necessarily reflect the opinions of the JFP.