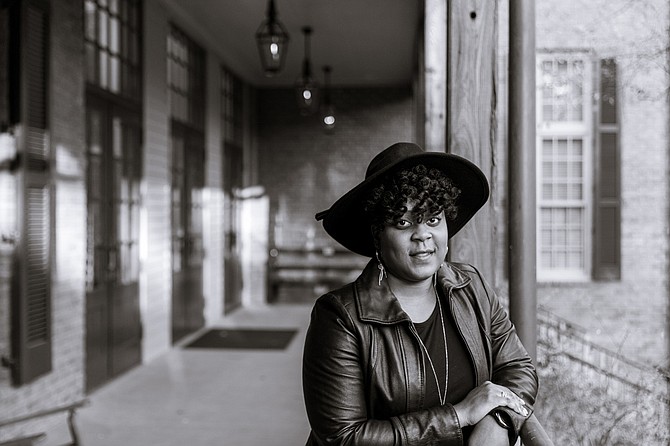 In The Bean Path, founder Nashlie Sephus wants to connect people who have ideas to those who can have the technical skills to execute them. Photo courtesy Brandon Smith Photo by Brandon Smith

JACKSON — If you have ever used the camera search tool on the Amazon app, you can, in part, thank the team behind Partpic, including Jackson native Nashlie Sephus, the owner of The Bean Path, a technology and entrepreneurial nonprofit.

Partpic was born out of Chief Executive Officer Jewel Burks' frustration in dealing with customers while she was working in customer service for a parts company in Atlanta. Customers would often describe a part to her, Sephus says, but since the catalog was so large, Burks had trouble identifying what they wanted.

At first, Burks began asking people to email her a picture. Then, she had the idea to create a technology that would automatically recognize the part.

"She had a really great idea to solve a problem that she had been dealing with every day," Sephus says of Burks.

Sephus graduated from Murrah High School in 2003 and received her bachelor's degree in electrical and computer engineering from Mississippi State University in 2007, and her master's and doctorate degrees in the subject from Georgia Institute of Technology in 2010 and 2014, respectively.

While Sephus was studying at Georgia Tech, she met Burks, and the two began Partpic with Jason Crain, the company's chief operating officer, in 2013.

Amazon bought the company in 2016, and these days, it is not just a way to look up parts. Users can search the web store using the photo and camera apps on their phones to scan barcodes. It also has an augmented reality function, where people can see how an object looks in their home or office.

For Sephus, Partpic's journey is a direct correlation to the mission behind their latest endeavor, The Bean Path. The goal behind it is to connect people who have an idea to those who have the technical skills to execute it, Sephus says.

"There are people out there—lots of bright, intelligent, talented people; the people in Mississippi; the people in Jackson; the people all throughout the southeast—and a lot of times, (they say), 'I have this idea, but who am I? I don't really know how to do that,'" Sephus says. "We want to encourage those people to say, 'Yeah, I can't help you solve your problem, but if you have a great idea, I can help you build it, or I can get you to someone who can help you build it.'"

She says that she wants people to have more success stories like Partpic's. The tagline for The Bean Path is "Cultivate to Sprout. Determine Your Route."

"What we essentially do is we try to bridge the gap between the community and technology," she says.

Sephus has had the idea for The Bean Path for years—pretty much since she left Mississippi for graduate school at Georgia Tech, she says.

In developing the company, she noticed that owners of startups and small businesses often have access to business mentors, but not necessarily ones who can give them technology expertise. For example, they may have simple computer questions or need help with something more complex like building a website.

"It's really just trying to help these people understand how accessible technology is and how it can benefit them and their businesses," she says.

When Sephus was studying at Mississippi State University, there were not many technical jobs available in the state, she says.

"One way of (developing more careers in that field) is to build the technology talent and also to grow more startups within Mississippi," she says.

The Bean Path has office hours at local libraries where people can go and talk to technology experts who are set up there. The organization also has "Tech Tuesdays" on social media, where it features a person in the technology industry with ties to Mississippi or someone who volunteers with The Bean Path.

"That shows people all around the world what Mississippi has to offer and what kinds of people came from Mississippi," Sephus says.

Besides sowing technology expertise in startups, The Bean Path has an initiative to expose young Mississippians to areas such as engineering and coding. Sephus says that she had no idea what engineering was until eighth grade, when her science teacher recommended that she attend an engineering camp for girls.

Sephus wants to carry on that knowledge to today's youth.

"[T]he youth are our future, and we want to sow into them early," she says.

The third initiative for the organization is to provide scholarships and grants to people around the state who are interested in technology or grassroots organizations that they are working with to receive useful items such as new laptops.

For more information, visit thebeanpath.org or find it on social media at @thebeanpath.