Crossroads Goes Back to Its Roots 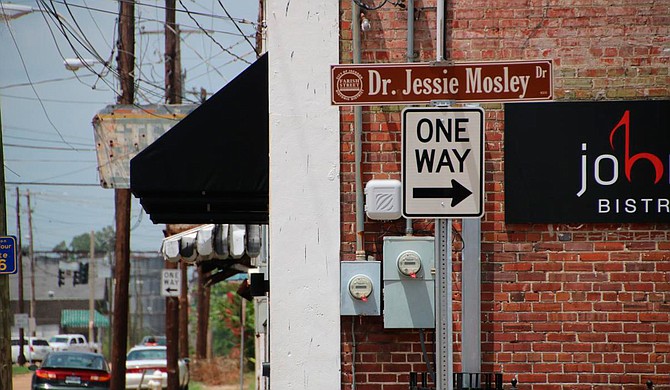 Crossroads Film Festival is going back to its roots this year, Festival Coordinator Michele Baker says.

"We thought very long and hard about that before we began the planning of this festival," she says.

For the 19th year of the event, Baker says they have tightened the scope of what the festival would screen.

Baker has been part of Crossroads Film Society for eight years. She was born in Illinois but came to Mississippi when she was 4 years old. She attended Millsaps College and Mississippi State University, and then went on to the University of Arkansas, where she graduated with a bachelor's degree in foreign language in 1992. Before she began working for Crossroads, she had been working for the Mississippi Commission for Volunteer Service (now Volunteer Mississippi) for 13 years as its director of public relations and marketing. After then-Executive Director Marsha Kelly retired, Baker decided it was a good time to change paths.

"I was just ready to go do something else, and that was a good, natural break for me," she says.

A friend of Baker's asked if she knew Nina Parikh, the then-deputy director (now director) of the Mississippi Film Office.

She shadowed Parikh and then found out that Crossroads Film Society had an opening. She interviewed for the position, and that same day, Crossroads hired her.

For this year, Crossroads received more than 500 submissions, she says. The festival will show 136 of those films, with 21 film blocks spread over three days—Thursday, April 12, through Saturday, April 14.

The organizers decided to scale down the event this year to make it a festival that represents what the Crossroads Film Society is at the mission level, Baker says.

"We wanted to concentrate on getting the fundamentals perfect," she says. "And then build that back out to include more workshops, more panels, off-site things."

She says about 30 percent of the films this year have something to do with Mississippi, whether they are about a person or topic that concerns the state, or a Mississippian made it. "We're very excited about the fact that we're living our mission," she says. "We're able to bring those Mississippi films out for people to see, and we're also able to bring those global films home."

Mississippians by nature are creative, she says.

"We just are. We have some of the most talented singers and writers and athletes and medical specialists," she says. "I mean it just goes to reason that we would be amazing filmmakers as well. Really all you have to do is sit down on your front porch and write down what you see. I think that's how Eudora Welty wrote her stories. She just wrote down what she saw in her neighborhood every day, and she wrote award-winning, amazing stories."

She says the state's checkered past also allows for storytelling.

"People are talking about race and gender and politics as much as we are here because we're right at the forefront of all of those issues," Baker says.

"We lived through the civil rights era. We're the last stand on things like integration, so those things are very present and very raw, and it makes for amazing filmed material."

Things to Know for Crossroads