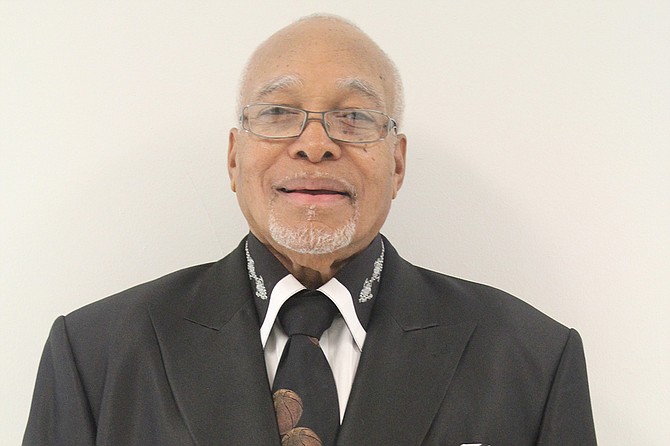 Legendary basketball coach Lafayette Stribling decided on Oct. 31, 2012, that 55 years of coaching basketball was enough and retired. Nearly five years later, the former coach received a call saying that he would be a member of the 2018 Mississippi Sports Hall of Fame induction class.

A winner at the high-school and college level, Stribling is one of the best basketball minds that Mississippi has ever produced. His coaching career began at the high-school ranks, where he coached his teams to more than 900 wins in boys' and girls' basketball, with most of the wins at South Leake High School.

He never had a losing season while coaching at the high-school level and won three state titles at South Leake—one boys' title and two girls' titles.

Stribling, who was known for his colorful sideline attire, spent 26 years coaching high-school basketball, finishing with a 741-171 boys' basketball record, but he earned national recognition after he took the head coaching job at Mississippi Valley State University. He quickly set about building the Delta Devils into a winner.

During the 1985-1986 season, MVSU won the SWAC Tournament and faced Duke University in the first round of the NCAA Men's Basketball Tournament. The Delta Devils led the Blue Devils by three points at halftime and kept the lead deep into the second half before Duke was able to pull out the 85-78 win.

While at MVSU, Stribling won four regular-season SWAC championships, along with three tournament titles. After 22 years leading the Delta Devils, he left the school with a 315-307 record in 2005. He currently holds the most coaching wins in school history.

However, his time at Tougaloo was not an immediate success. In his first season, Stribling had the only losing season in his coaching career, with a 5-20 record. A year later, he coached his team to the school's first GCAC regular-season title.

His greatest season as a coach might have been the 2010-2011 season. Stribling had only seven players, dubbed the "Super 7," that year but still finished with a 28-5 overall record and a 16-2 record in conference play. He led that squad to both the regular-season and tournament titles, and to the Sweet Sixteen in the national tournament.

In his seven seasons at Tougaloo, Stribling compiled a 127-60 record, making a combined 442-60 record at Mississippi Valley State and Tougaloo.

The Mississippi Sports Hall of Fame is not the first organization to acknowledge his accomplishments. The SWAC Hall of Fame inducted him in 2006, and MVSU named its court after the legendary coach.