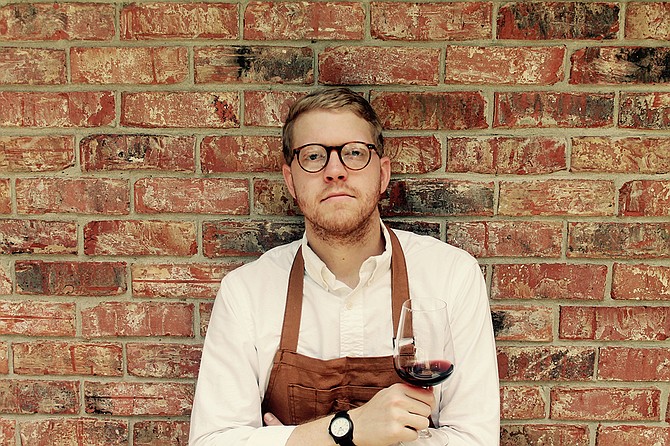 Lou’s Full-Serv Chef de Cuisine Hunter Evans wants to learn more about both the cooking side of restaurants and the dining side. Photo courtesy Hunter Evans

While the competitive atmosphere of the restaurant scene in New York City may intimidate some, Lou's Full-Serv Chef de Cuisine Hunter Evans did not shy away from it.

Evans grew up in Jackson, and after graduating from Jackson Academy in 2008, he says he had to figure out his next step. His parents wanted him to go to college, so he decided to study hospitality management at the University of Mississippi.

"(It) was exactly in line with plans to maybe open a restaurant one day, so it was a great kind of (foundation) and exposure all the business side, the numbers and stuff," he says.

His first job working in a kitchen was at John Currence's Boure as a line cook. Evans says that the longer he worked there, the more he realized that cooking was what he wanted to do. After graduating from UM with a bachelor's degree in hospitality management in 2012, he moved to New York to attend the Culinary Institute of American, which is in Hyde Park, N.Y.

"There's so much food, and great food there, so it was kind of a no-brainer to study and live there to get exposed to food through school, but also eating around and seeing places and all that," he says.

During his time in New York, he worked at New York City restaurants such as North End Grill. While there, he started off as a line cook and later became an entremet, which he says is basically the lead fill-in cook. "I could work every station, so I could be rotated around for people's days off and what not," he says.

He moved back to Jackson in May 2015 to marry his wife, Mary Kathryn. In June 2015, he began working at Lou's Full-Serv in Belhaven. He has moved through the ranks there from line chef to sous chef to chef de cuisine.

Evans says that he first became interested in working at Lou's because of the owner, Louis LaRose. Evans says that LaRose was ready to pass along knowledge of running the restaurant to someone else, and also wanted to put Evans in a position that would allow LaRose to step back from the kitchen a little to work on the business.

"(It was) really just his trust in me to kind of run the kitchen and do the kind of food that I think people would like and want to eat," Evans says.

He says that he first got into restaurants for the food, but he has also become interested in the dining experience. "It's important to understand and hone in on the guest experience and what makes them happy and comfortable," he says.

It's also about other aspects of the experience, such as wine, he says. Earlier this month, Evans passed the first level of the Court of Master Sommeliers exam.

"(I just wanted) to round out knowledge that I could use for a really great dining experience," he says.