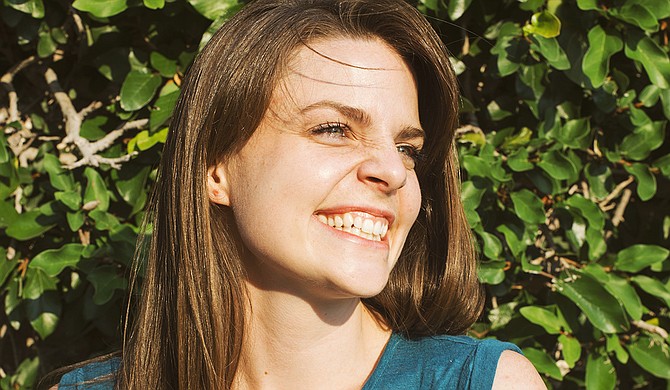 Stripp knew she wanted to work at Springboard to Opportunities after she heard Chief Executive Officer Dr. Aisha Nyandoro speak about the nonprofit organization's mission to help families who live in low-income residences.

At the time, Stripp was a part-time barista at the now-closed Koinonia Coffee House but had formerly worked at the Spencer Perkins Center, a nonprofit that developed programs for young people.

In 2016, the Michigan native landed a part-time job with Springboard as the community specialist at Northwood Village. Eventually, the position eventually turned into a full-time one.

As the community specialist at Northwood, a Section 8 housing complex for low-income residents, Stripp helps families by providing different on-site resources for finding jobs, educational options and financial coaching. She also advocates on behalf of families facing eviction. Stripp believes in Springboard's "radically resident-driven" mission to concentrate on the whole family life in one community, instead of solely focusing on one aspect.

"Ultimately, what I'd love to see is generational cycles of poverty ended, families building assets and looking toward homeownership," the 25-year-old says. "People have been told by society that they don't matter, which isn't true. They are loved and cared for, and have every right to achieve their dreams."

Stripp particularly enjoys tutoring and mentoring the children in the community during the afterschool and summer programs. During her undergraduate years at Calvin College in Michigan, she originally pursued teaching, but changed her mind due to feeling restricted in the classroom. She graduated from the college in 2014 with a bachelor's degree in literature.

These days, Stripp helps with the curriculum development and chooses the books for the programs, a freedom that wasn't present before.

"It is less restricting than before. I can actually develop relationships with the kids ... and if the kids bring an issue to me, I can communicate it with the parents," she says.

Stripp loves Jackson's community-oriented culture. Initially, she planned to reside in Mississippi for only a year, but she found that she enjoyed her work and the great community of people she met. She enjoys hosting dinners, cooking vegetarian meals and baking cakes. This year, Stripp, who owns Sarah's Cakes, baked cakes and won an award in Taste of West Jackson.