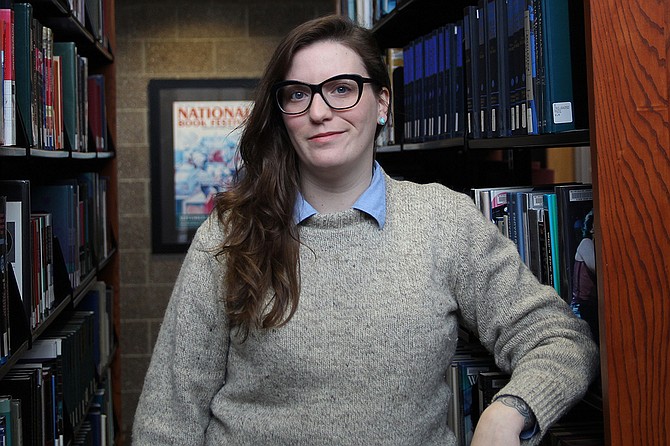 Lacy Ellinwood, development director at the Mississippi Library Commission and bass guitarist for local band Kicking, says today's librarians are not the librarians of the past.

"(Librarians) look different. We are not the 'shushing' kind of people," she says. "It's the unique experiences that public library staff have that really enhance the library service."

As the development director at MLC, Ellinwood oversees consultants, who help the staff in all of Mississippi's 53 public libraries. Her department focuses on providing developmental support and building staff relationships.

"Our department gets the majority of what I like to call the fun stuff (because) we get the opportunity to travel to all corners of the state and see a variety of different communities," Ellinwood says. "It's a lot of work but it's very rewarding. (We're) going into very rural communities ... and helping public libraries better their services to meet the ... needs of their communities."

Ellinwood, who is from Caledonia, N.Y., attended the University of Buffalo in update New York and received her bachelor's in art history in 2006 and master's in library and information science in 2008. Prior to moving to Jackson, she worked two part-time jobs at a private judiciary library and at Canisius College in Buffalo.

Though she originally wanted to move to New Orleans, she landed an interview for a library consultant position with then-Executive Director Sharman Smith and several other key staff members in August 2012. Ellinwood instantly fell in love with the environment.

"They were just smart and passionate women who wanted to make public libraries the best they possibly could in Mississippi," she says. "It was hard to not feel like this is the place you want to be to affect change on a larger level." She started in her current position in September 2017.

When she is not providing support to public libraries, she plays bass guitar with Kicking, a local "doomgaze" band. She says she is often asked about the different professions of librarian and guitarist for a local band. "It's fun to do something that's completely and totally different from my official work," she says.

Ellinwood, who lives in midtown, says it wasn't hard to adapt here. "Jackson is a great place," she says. " ... I wish more people would see the possibilities of what Mississippi could be. Your public libraries are definitely assets in your communities. I would encourage everyone to go and get their library card and check it out."