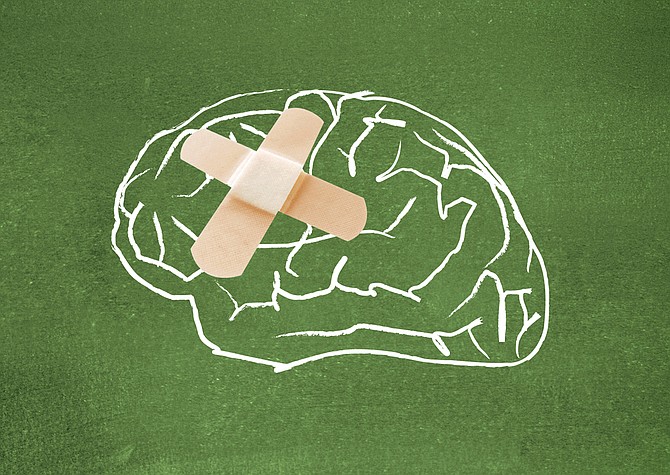 The state is treating mental illness like a common cold or the flu that goes away after a few weeks, but mental illness often lasts throughout a person's lifetime. There is no quick cure for mental illness, but even if there was, most of the Mississippians who need the care could not access it. File Photo

The State is facing federal litigation for its over-reliance on institutions to take care of Mississippians with mental illnesses. All good research shows that locking people away in hospitals is not how to treat mental illness, and while hospitals are needed in some cases for stabilizing people, by and large, people need treatment in their own communities.

The state is treating mental illness like a common cold or the flu that goes away after a few weeks, but mental illness often lasts throughout a person's lifetime. There is no quick cure for mental illness, but even if there was, most of the Mississippians who need the care could not access it.

Mental Health America released its 2018 "State of Mental Health in America" report, and Mississippi placed 50th. The state has only one mental-health provider for every 820 people living here, the report found. We also have the highest prevalence of youth and adult alcohol and substance abuse nationally. Access to care is one of several factors that places the state in dead last. Only one in three adults with a disability cannot see a doctor due to costs, the report says.

The Department of Mental Health is the largest state agency, driving a strong employment sector for workers at state hospitals—instead of in community-based services. Attorney General Jim Hood, who is fending off federal litigation, started a mental-health task force this fall to bring all stakeholders together to discuss the system and possible solutions. This is a wonderful idea (and obviously looks good to federal prosecutors beginning their discovery process). This week, the JFP learned, though, that these task-force meetings will be closed to the public. One step forward, two steps back? How will progress in the state's mental-health system be documented, tracked, or believed without public access to these meetings? DMH board meetings are difficult enough to cover, with meetings moving all over the state each month.

The state's mental-health-care system needs to be more community-based—both Democrats and Republicans in power in this state agree with that. Gov. Phil Bryant even recommends a shift in $10 million from the state's institutions to community-based services for next year's budget. These are  all great ideas, in theory. There is no accountability, however, without access and transparency. Taxpayers are already paying for attorneys in Hood's office to defend the state. The least he could do is make the process accessible to not just journalists but the public. Men and women are literally sitting in jails around this state waiting to access a bed at Whitfield just to be evaluated for mental illness.

It is not a secret that our system is broken—but doors should be flung open to all in order to fix it. Mississippians are in for a year of guarded and closed-off discussions about its mental-health-care system, if the task force meetings stay closed.