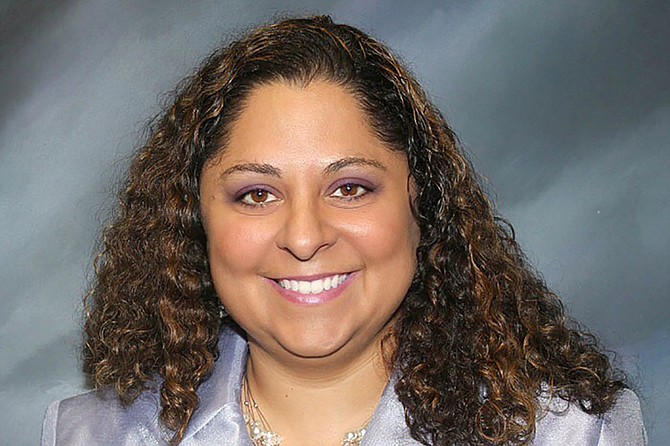 Kathleen Grigsby combines a love for swimming and education as the coach of the Murrah High School swim team and the principal of Davis Magnet IB World School. She has spent 17 years as part of the Jackson Public School system and is currently in her fourth year of being principal at Davis IB.

In high school, Grigsby swam for the East Baton Magnet High School swim team in Louisiana. She admits that she wasn't the best swimmer on the team, but she did help the school capture a state championship in the sport in her senior year.

She graduated from the University of Mississippi in 1998 with a bachelor's degree in elementary education, and her Master of Education for curriculum and instruction in 1999. In 2011, she received a doctorate in educational leadership from Mississippi College.

Grigsby continued to share her love for swimming when she taught swim lessons at Little Blessings from Heaven Daycare over the summer in 2017.

"It started out as a class for toddlers, but soon, the class began to grow," she says. "Eventually, I was teaching swimming to young toddlers up to adults that wanted to learn."

While teaching those classes, she began to hear about others' desire to start a swim team at Murrah High School. The idea started when student Matthew Araujo approached his parents about wanting to start a team. Araujo's mother, Evelyn, approached Jackson Public School Athletics Director Clinton Johnson with the idea in 2011, and he liked it.

Grigsby had to get her new team up and running quickly, though, with the season starting in August of this year. Students from Murrah and the Bailey Academic and Performing Arts Complex Middle School came together to form the 11-member swim team.

"Some members of the team had some experience, and some had no experience," Grigsby says. "That is what was so special about this team: seeing the potential in these students."

The team competed in four meets in Madison, Vicksburg and Flowood, but faced long odds against teams that featured 40 to 50 members. One of the main focuses besides just competition was to have the team members improve their individual times, Grigsby says.

"Some of the team members decreased time by 20 to 30 seconds this season," she says. "I know it sounds cliche, but all I wanted this season was (for) each member to be the best that you can be."

The team had a major success in its first year, as well. Freshman Jake Sewell qualified for the state meet in the 50- and 100-meter freestyle, which gives the team something to build on for year two of the program in 2018.

Grigsby says that she was not alone in getting the team off the ground in year one. Evelyn Araujo helped with coaching and gave students rides to practice, and Brian and Eddie Ware, who coach the Mako Swim Team, let the Murrah team use the pool at the University Wellness Center in Flowood.

"We are in the same pool as some of the other students we compete against, but the Ware brothers and other swim teams across this state are all about furthering the sport," Grigsby says.

She says that right now, Delta State University is the only university in the state that offers a collegiate swim program.

"In order to spread swimming to other universities, we need to produce strong swimmers from our high-school programs," she says.

Grigsby describes her leadership style as both a swim coach and principal as testimonial and inspirational. She hopes to help her students learn to work smarter and stay grounded to get through difficult situations.

She says that, over the season, she has learned to divide her time as a principal and a coach.

"I spend my day as a principal of a top-ranked school and have to keep on top of my coaching duties, so I have to remind myself that (I'm at) Davis Magnet during school hours and coaching late in the afternoon," she says.

This Saturday, Nov. 18, the first swim team in Murrah history will gather to celebrate all their accomplishments of the season, but Grigsby is already thinking about next year.

"No matter what happens with the alternative solution (the state- and city-appointed Better Together Commission) instead of a takeover of JPS schools, I hope everyone will keep the children at the forefront and keep all academic and athletic clubs intact next year," she says.