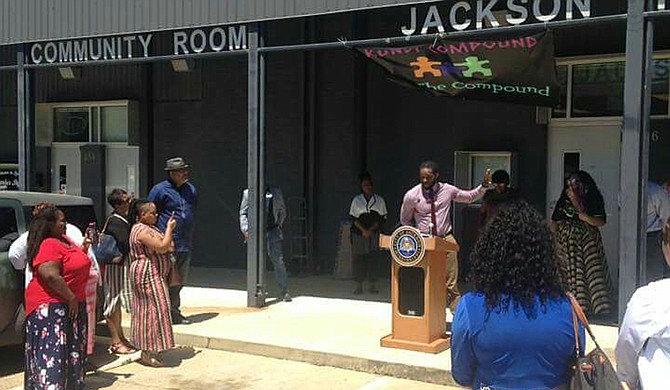 I can't think of a better way to celebrate my birthday than taking a gigantic leap of faith. Now, understand that I am not a stranger to being faithful. In fact, most of the time, my actions require faith, and I step out without any hesitation. I jumped into the unknowing with only faith as a safety net. It wasn't as hard as one might think, as I actually believe that I was forced into the decision. I just simply decided to jump instead of being pushed.

I gave 15 years of my life to the Mississippi Department of Health. For most of that time, I was in licensure and certification. I toiled in a system where I saw an abundance of white males in positions of power. I saw people who had worked for the state for years and had been spiritually beaten into submission. Unfair treatment had tainted my love and passion for the job. It's not easy to do the same job day after day, year after year, and then not be respected or treated with dignity.

But choices were limited. We had to pay bills. Many people are in a constant state of counting down to retirement, and management capitalized on this every day.

I did learn quite a bit during my service in state government. I learned so much about management and coordinating programs. After a while, I was able to dig into my passion to train and assist people in improving their lives.

Even now, I still get a bit emotional when I think of how much I actually loved doing that job. My love for the job didn't matter much to management. But the people in the field saw the passion and encouraged it. It was those relationships that introduced me to the notion that being in an office all day and not touching the people wasn't really in my wheelhouse.

After a while, I figured I needed to challenge myself on my day job before I became one of those people who just showed up and made no contribution. I saw that as my future. That was unacceptable to me.

While all signs told me to jump into faith then, I was afraid. I kept telling myself that it just wasn't practical to leave the years on the table, the experience, the security I'd become accustomed to, so instead of leaving state government, I moved to another position. Financially, it was a promotion. However, professionally, it was a huge disappointment. I recall trying to suppress the stress of doing it. I thought it was just a little bit of anxiety about doing something new. I'd not been very familiar with Acute Care Systems, so I was a bit nervous but happy to learn something new. It took a while, but it soon dawned on me that getting "out" didn't mean that job; it meant that system. On my first day, someone asked, "I know what you do in the community. Why would you come here?"

I had great ideas and was eager to get started. But that question lingered from that day to now, and I still don't have the answer. I believe in universal signs, and I know that sometimes we get off the path designed for us, although ultimately there aren't any mistakes. There are only side roads that may take our attention away from our true path.

Two years ago when I left licensure and certification, I wasn't ready to bank on myself. But today, I am unwilling to wait another 10 years to welcome the next part of my journey. I have my writing that I've been limitedly committed to. I have a mind for business that has been maturing for many years. So why not jump? I jumped—eyes wide open, mind full and spirit willing

As of April 28, I no longer have to clock in for someone else. I am my own boss. I am the chief operating officer for the Kundi Compound, a collective creative computer co-op right in the heart of midtown. Now I no longer have to split my service to the community. I can now uplift my community and empower women and small businesses on a full-time basis.

I always spend my birthday reflecting on how I've grown the year before. Well, this birthday I'm reflecting on 15 long years of learning. It's unlike any birthday I've had before. This year is a celebration of rebirth. While it's unfortunate that I wasn't able to retire from the state, that was never a driving force for me. I've always aimed to contribute to the lives of Mississippians.

That's what took me to that office back in 2002, and it's exactly what leads me out of it in 2017. Treasure shines no matter if you see it glisten or not. I am eager to shine brighter than I ever have before. Welcome to the rebirth of the Queen.