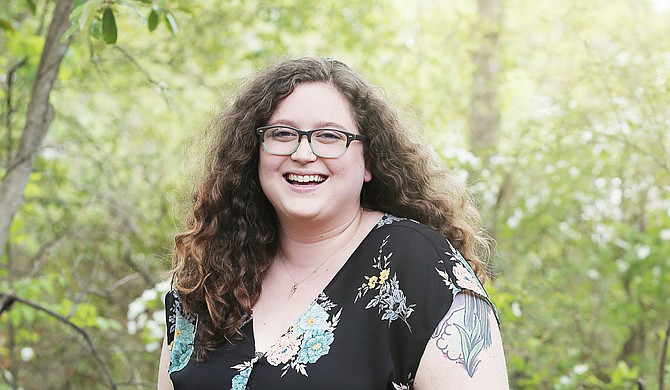 Sarah MacInnis is a dual-threat artist as a graphic designer and guitarist. While she was growing up, the Madison native's parents encouraged her creative exploits.

"I always took music lessons as a kid," MacInnis says. "I was in Mississippi Choral, Girls' Choir, and I took guitar and drum lessons."

"Being creative is just so much fun," she says. "You can really delve into it and lose yourself. Music and art have always just been dominant in my life."

She says she sold the drum kit to pay rent for her first apartment in Jackson when she moved to the capital city in 2011. After the move, MacInnis attended Hinds Community College, where she completed her associate's degree in graphic design in 2013 and went on to be a graphic designer for Signs First in Jackson

MacInnis, 24, says that she likes working for the business, as it allows her to strike a balance between the traditional work of standard designs, and flexing her creative muscles through custom logos and looks for individuals and businesses.

While she stepped out of the music world to finish up school, it unexpectedly came back into her life in 2015 when Chrissy Valentine approached her to play lead guitar in the band No Ma'am.

"Everybody really took me under their wing, and I got right back into it," she says. "And ever since then it's been like music all day, every day."

After playing guitar for No Ma'am, MacInnis went on to play with Lisbon Deaths and is currently working on her own musical project. But being a woman in the music world is not without its challenges, she says.

"Like any other industry, it can be sexist without intention to be," MacInnis says. "A lot of girls are (pushed to) be a musician but not for their opinions with that music. We kind of have to prove ourselves a little bit more."

Through her involvement in the arts and music, she says she has learned not to be shy about speaking her mind.

"Say what you mean when you mean it," MacInnis says. "It can be hard to function as a band because no one will want to say, 'Do a part like this,' so I've learned to always be open and honest, and don't drag out talking about something."

This is a philosophy that she says can be applicable to anything, the arts, family, work or otherwise.