If Not for My Size | Jackson Free Press | Jackson, MS

If Not for My Size 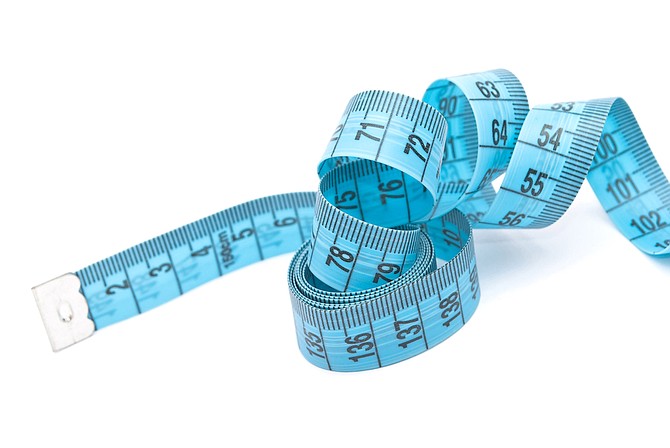 "Thank you. Maybe if it were not for my size, you wouldn't have noticed how beautiful I am." File Photo

"You are such a beautiful woman for your size."

Yep. In 2017, someone said that to me. I recall a time in my life where I would have felt like this statement was a compliment, especially coming from another woman. But my 42-year-old self had to immediately tame the lioness that was awaking in my entire soul at that moment. I was immediately offended. Should I share with this woman how offensive these words are to me? Should I explain to her that her attempt to be nice (or funny) was the exact opposite of that?

There's been a lot of talk on platforms such as Instagram about how curvy women are neglecting their health while embracing their bodies. I felt offended and ashamed reading one particular post about how society is becoming more accepting of "people being fat" while I sat on the couch in Sneaky Beans, and several beautiful, thin women seemed to parade back and forth from the room. I thought, "What irony is this?"

Sure, women are adding to their bodies, and it has become popular to have thick thighs and full buttocks. I can appreciate a woman wanting to feel full-bodied. Of course, men have taught women that this is what beauty looks like. Let us be honest about this. When they say they are doing this to feel beautiful, understand that it is because society has determined, yet again, what the standard of beauty should be. So in an effort to meet that demand, some women have decided to be curvaceous.

I didn't make a decision to be curvaceous. In fact, for most of my life, looking the way I look hasn't been that much of a prize for me. As I grew older and began attracting older men, I learned that there was a lane there for me. But it wasn't all-inclusive by any stretch. One guy could literally tell me that I was super fine, and another would tell me two seconds later that I was "too big." So I never truly accepted the idea that being "not thin" was a cool thing. I just stayed in the lane that worked for me.

As with anything, there will be naysayers. Now that popular society has become more accepting of women who have decided to flaunt their imperfect (by traditional standards) bodies, we have those who are driving attention to the idea that we are either oblivious to what we really look like, or we are unhealthy. Anything to shame a confident woman because, let's face it, that's what this is. It's an attempt to murder what you don't understand and cannot identify with by pretending to give a damn about our health. Ha!

First of all, hardly any woman in the world who is overweight decided that she wanted to be that way. Most would like to believe that it is the result of just being lazy. I can assure you that this isn't always the case. Several causes lead to having extra weight. Sometimes it isn't as simple as working out or dieting. I would be willing to bet that eight out of 10 women who are overweight have struggled most of their lives with their weight and have tried all the things one could imagine to lose it. So don't be so quick to dismiss the idea that if there is an unhealthy approach to living, it could be psychological more than physical. Plenty of women eat clean, work out and practice safe, healthy lifestyles but may simply never be thin.

More importantly than any of that is to not shame a woman when she finds confidence in a world that seems to take great care to keep her in self-doubt and a lack of self-acceptance. Lend her strength and support.

I looked deeply into the lady's eyes after the few moments it took for me to curb my initial reaction to her "compliment." I saw that she felt that her comment wasn't well received. Guess what! She grabbed my arm and said: "I'm sorry. I didn't mean it like that. You are a beautiful woman."

I smiled at her and figured that at least she is aware enough to apologize. Admittedly, her compliment fell on deaf ears as much as her apology. I returned with: "Thank you. Maybe if it were not for my size, you wouldn't have noticed how beautiful I am."

Women don't decide to hate their bodies; people teach them to do it. So if that's the case, why can't we teach each other to love our bodies enough to take good care of ourselves, enough to heal the hurt that causes eating binges, enough to see ourselves in the mirror and not the model on the magazine cover because "shame weighs more than fat"?