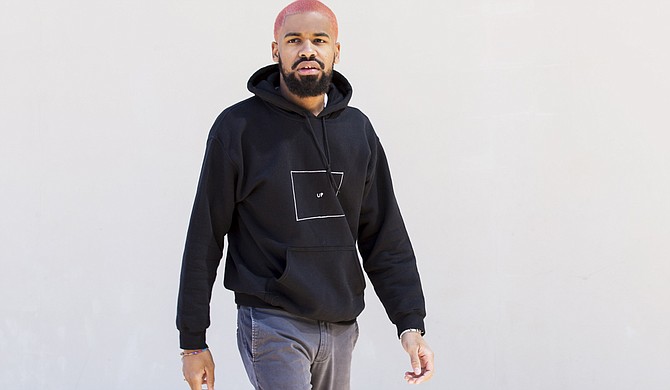 Hurricane Katrina displaced Jonathan Faulkner and his family from their home as it did so many New Orleanians in 2005.

During the storm, his family came to Jackson to stay with his grandmother, and Faulkner has lived here ever since. He graduated from Murrah High School and Power APAC in 2010 and earned his associate's degree in art from Hinds Community College in Raymond in 2012.

Faulkner says his artistic medium—abstract drawings with permanent marker on sketch paper—developed more out of necessity at first.

"We didn't have too many resources growing up," he says. "And for a while I thought I couldn't do certain art because I didn't have these things, but I believed I could draw, so I just kept drawing and (ended) up drawing with a Sharpie and realized it was my style." 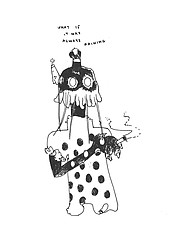 His subject matter is what he says is an attempt to make something in the consciousness, or sub-conscience, visible.

"It's like a feeling or emotion; it's an attempt to show that unknown dimension that we don't see that much," he says.

On creating his art, he says: "It's almost like going into a trance, when it comes to my art I don't do it too consciously. It's all intuitive, or at least that's what I want it to be. When I start thinking about what I'm trying to do, of the content of the piece, then I start to lose it, and it becomes something I don't want it to be."

It is like when someone has their first kiss, Faulkner says.

"If you overthink it, it's going to be lame; it has to be genuine, and that's how art is," he says.

Faulkner looks at the simplicity of his art as an evolution of his style over time.

"My early work was complex and all over the place," he says.

"I think my simple pieces are better because simplification is what we strive towards for perfection in life. You pick up all these things and have to filter out what you don't need, and keep what is essential."

Faulkner's existential view of art also applies to what he believes his art says about him, and what he wants other to see when they view his work.

"I think my art is more me than I am," he says. "When someone says they like a piece, and they tell me why they like it, it's like they like me for who I am. I want you to look at the piece yourself, and then find your interpretation. Sometimes, people will find an interpretation that I didn't intend, but it will make sense, and a lot of my pieces will make sense in different ways. And that's what I want to stand out the most about my work—you can have one symbol, but a symbol can have different interpretations, so it's relatable to everybody."

Faulkner's work is currently on display at Offbeat, AND Gallery and Cups Espresso Cafe in Fondren. He is also a featured artist for March at The Gallery at Deep South Pops. His opening reception was on March 9, and the exhibit runs all month. Faulkner's work is also be in the "Nasty Women" exhibition at Bottletree Studios on Thursday, March 23, and "Flash Bang! Art & Music Showcase, Vol. 3" at Martin's Restaurant & Bar on Friday, March 24.