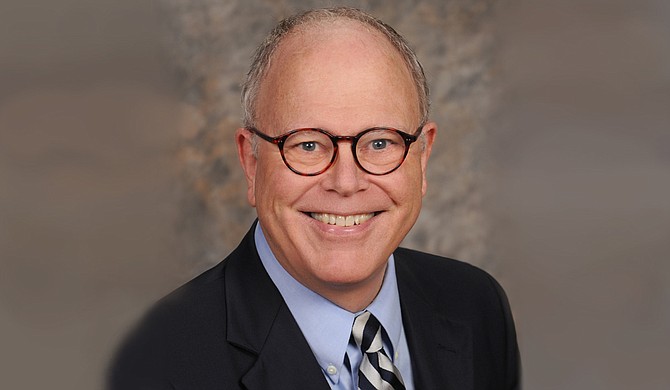 Rich Sun, a Jackson resident and member of the Innovate Mississippi board of directors, volunteered to serve as Innovate's first entrepreneur in residence. Photo courtesy Rich Sun

Innovate Mississippi, which is a nonprofit economic development organization, recently announced the launch of a new "Entrepreneur in Residence" program that is designed to support technology and entrepreneurial development in the state. Rich Sun, a Jackson resident and member of the Innovate Mississippi board of directors, volunteered to serve as the first entrepreneur for the program.

Sun has worked with 30 startups as an investor, advisor, executive and board member. He served as a banker for 22 years with Bankers Trust Company, which is now Deutsche Bank, as well as Goldman Sachs; First Boston, which is now Credit Suisse; and UBS, which was once Swiss Bank Corporation. He also served as a private equity investor with Emerging Markets Partnership, which is a $6 billion firm that insurance company American International Group and the government of Singapore backed, from 1994 to 2001. Sun joined the Innovate Mississippi board of directors in 2009 and served as chairman of the board from May 2015 to May 2017.

"For our Entrepreneur in Residence program, Innovate Mississippi is looking for people who are very experienced entrepreneurs who have been involved in multiple startups," Innovate Mississippi President and Chief Executive Officer Tony Jeff said. "At first we thought we might have trouble finding someone like that who would be willing to step forward and volunteer their time, but then Rich decided he wanted to be the first."

"Someone might come to us with an idea for a good business, and we look at what they already have starting out," Sun said. "We see if they've done market analysis and have a business plan, if they know how they're going to make money or where they're going to sell their product. Once those things are in place we help them form a team to build up their company, raise money and help them find investors and other essential things they need to grow their business."

For more information on the Entrepreneur in Residence program, email Tony Jeff at [email protected], call 601-960-3610 or visit www.innovate.ms.

Fuse.Cloud, which is a Jackson-based tech company that provides voice, data and other IT services to help businesses transition to cloud-based services, recently observed a milestone of 2,000 customers since the company's founding in 2006. The company, which was formerly named Broadband Voice until April 2016, has grown to serve customers in 40 states.

"The cloud" refers to a network of servers that provide online services such as storing and accessing data, networks, analytics, databases and more. Instagram and Dropbox are examples of sites that use the cloud.

After the company changed its name last year, it switched from a focus on Voice over Internet Protocol technology—which allows users to make voice calls using a broadband Internet connection instead of a regular or analog phone line—to cloud-based services with what it calls a "grow-as-you-go" model that allows businesses to add services at a pace that suits their specific needs. Fuse.cloud does still offer VoIP services in addition to high-bandwidth fiber Internet and managed IT services to help businesses grow.

Belhaven University recently announced that it will open a new campus in Madison. The new campus is located at 401 Baptist Drive and will begin classes in Fall 2017.  The Madison site will offer on-site degrees that will include undergraduate and graduate studies. Most of the school's programs are designed for working adults and students who need flexibility while earning a degree.

Belhaven University has offered accelerated degree programs for more than 25 years. The university currently enrolls around 5,000 students and has branch campuses in Memphis, Tenn., Houston, Texas, Atlanta and Chattanooga, Tenn., in addition to online degree programs.

To enroll at Belhaven's Madison Campus or for additional information, email [email protected] or call 601-968-8905.