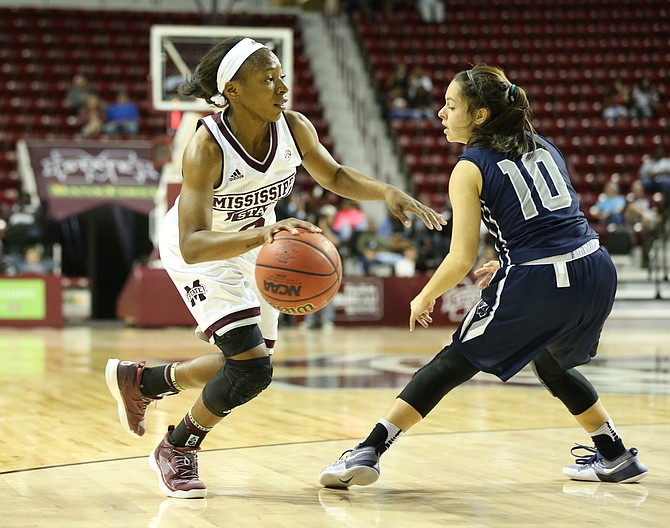 Mississippi State University is going to be well represented at the 2017 ESPY Awards. Current and former Bulldogs are up for recognition during the program, which airs on ABC on Wednesday, July 12.

ESPN holds the ESPY Awards each year on the one day that none of the four major sports—football, baseball, basketball and hockey—are played in the United States. That date always falls the day after the All-Star Game in MLB. Major sports stars from all over the world will be at the ESPYs, and Peyton Manning is hosting this year.

Former Bulldog and current Dallas Cowboys star Dak Prescott is nominated for Best Breakthrough Athlete. Prescott burst onto the NFL landscape after the Cowboys drafted him in the third round of the 2016 NFL Draft.

He helped lead Dallas to the playoffs and nearly outdueled Green Bay Packers quarterback Aaron Rodgers in the second round of the playoffs. Rodgers is up for a couple awards, as well, including Best NFL Player, and he’s one of 16 nominees for Best Play for his pass to Jared Cook that helped beat Dallas.

Prescott’s competition in the category includes gymnast Laurie Hernandez, Aaron Judge of the New York Yankees, Giannis Antetokounmpo of the Milwaukee Bucks, and budding U.S. soccer star Christian Pulisic. That is one of the more stacked fields in this year’s ESPY Awards, as one could make a good argument for all five athletes.

The MSU women’s basketball team is nominated for two awards. The Bulldogs were the surprise team of the Women’s Final Four and reached the championship game.

MSU junior guard Morgan William’s buzzer beater to defeat the University of Connecticut Huskies is one of the 16 nominees for Best Play. William’s basket gave MSU a 66-64 overtime win over UConn to send the Bulldogs to the title game.

William, nicknamed "Itty Bitty" during the 2016 SEC tournament, is listed at 5 feet five inches tall. A Birmingham, Ala., native, William started her basketball career at Shades Valley High School. During her time there the Alabama Sports Writers Association named her a three-time Class 6A Player of the Year finalist after she tallied 1,634 points and 604 steals. She was also named to the ASWA Girls Super 5 three consecutive times and was a three-star ESPN prospect, rating No. 25 nationally at the point guard position.

During her freshman year with MSU starting in 2014, William sank 144 free throws, the fifth-most in the sports program's history, and set a school record for free throws with a success rate of more than 84 percent. She also ranked second in the SEC in free throws and fourth in assists. She finished second on the team with a 9.7 overall scoring average during her sophomore year and claimed the school's single-season free-throw record for a second year. She also ranked second in the SEC at the free-throw line overall with a more than 84 percent success rate. She scored a personal-best 424 points during her sophomore year, ranked third in the SEC in free-throw percentage and set the MSU single-season assists record with 181.

William's other honors include an Associated Press All-America Honorable Mention in 2017, being named SEC Player of the Week in November 2017 and making the 2017 SEC All-Tournament Team. The NCAA also named William to its 2017 All-Final Four Team and named her as the 2017 Oklahoma City Regional Most Outstanding Player.

In addition, MSU’s women’s basketball team as a whole is nominated for Best Upset after its victory over the Huskies in the Final Four. The win broke a 111-game winning streak for the Huskies and is easily one of the biggest upsets in sports history.

In that category, MSU is up against the University of Clemson, who beat the University of Alabama in the college-football title game, and tennis player Denis Istomin, who upset Novak Djokovic in the second round of the 2017 Australian Open. This should be no contest, though, as no upset this year was bigger than the Bulldogs’ win over the Huskies.

Other ties to our state include the University of South Carolina, which is up for Best Team after defeating MSU to claim the national championship in the NCAA Women’s Basketball Tournament. Best Team is another category filled with worthy nominations, and it would be hard to argue with any team that wins.

The New England Patriots, who have plenty of players with ties to our state on their roster, are up for several awards, including Best Team and Best Game.

New Orleans Saints super fan Jarrius Robertson will receive the Jimmy V Perseverance Award. Robertson, who is 15 years old, has undergone 13 surgeries and two liver transplants in his young life. He first met the Saints players in 2015 while in Ochsner Children’s Hospital and even gave head coach Sean Payton advice during the visit.

Fans can go to espn.com/espys/ to vote on each category and help select the winners. See the original blog post for this story here.