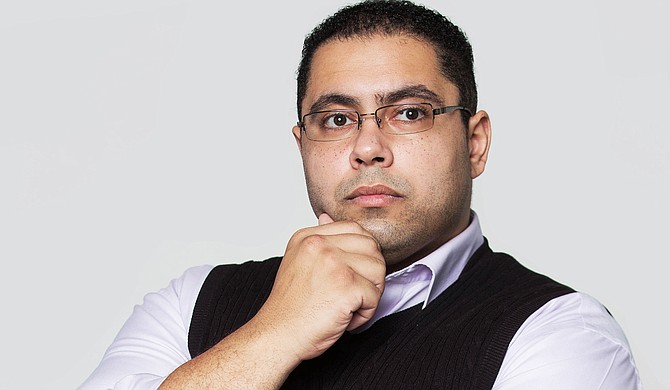 Two years ago, Bilal Qizilbash organized R U Hungry, a group that brings dinner to feed those in need at Smith Park every Friday with food from local restaurants such as Aladdin Mediterranean Grill. The group's name comes from the fact that Qizilbash and other volunteers never ask anyone who comes seeking food about their housing status, instead simply asking them, "Are you hungry?"

Initially, the organization was not a formally recognized nonprofit and received no grants or financing beyond the $150 to $200 per week that Qizilbash himself paid for food. The Internal Revenue Service officially named R U Hungry a charitable nonprofit in June 2016. The nonprofit is called the Draw a Smile Foundation, while R U Hungry remains the name of the weekly event at Smith Park.

"We're a movement about humanity," Qizilbash says. "We call folks who come to us guests, and we're here to connect with them."

Qizilbash graduated from Stony Brook University in New York in 2010 with a bachelor's degree in biology and then enrolled at Mississippi College, where he received a master's in medical sciences in 2015. He is currently working on his master's degree in business administration at MC as well.

R U Hungry's Draw a Smile Foundation recently started R U Fed, a program that partners with restaurants to provide meals throughout Jackson. People in need of food can receive a meal whenever the participating restaurants are open with no need to fill out paperwork to participate.

In addition to his work with R U Hungry, Qizilbash has also formed a company called Qizilbash Holdings to find a way to produce kale juice and other products on an industrial scale because of the green's health benefits that he has observed. He is working with local farmers, Gov. Phil Bryant and the Mississippi Department of Agriculture to set up large-scale kale farms in the state, he says.

In the meantime, Qizilbash continues to focus on doing whatever he can to take care of the needs of Jackson residents.

"When we first started ... feeding people at Smith Park, we would get maybe five people on average a week, but now it's usually about 70 to 100 since more people have started hearing about us," he says.

"... We're here to feed people no matter who you are, what your situation is or what faith you might belong to. We aren't here to judge. We're not preaching here, just feeding."