Love Is All You Need | Jackson Free Press | Jackson, MS

Love Is All You Need 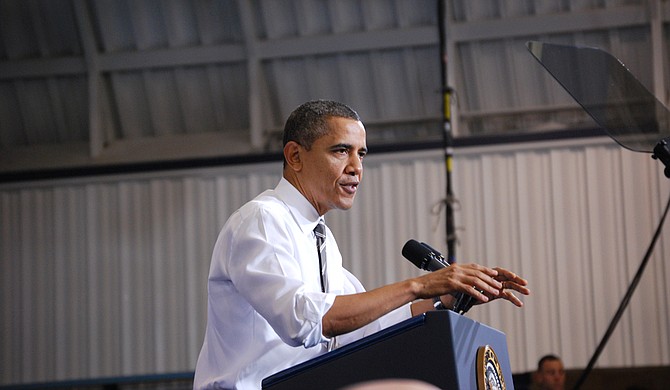 Barack Obama had the unfathomable notion to be fair and just to all—and lo and behold, that actually included black folk. We were given eight years of Pepcid to the hate ulcer that has consistently festered in the black community. Photo courtesy Flickr/Daniel Borman

At the risk of sounding super corny, allow me to remind the readers of this: Love is all you need. Really. It's a statement we've heard all our lives no matter how old you are, where you come from, your background. We've all heard it. I used to think it was a cute little thing to say. Now, though, I realize that not only is love all we need—it's all we have.

Take a good look around the world today. Many people present hate in the face of love daily. We spend a lot of time trying to correct hatred in this country. I personally believe we are in a place now where hatred is governing us. It's not even mild. The hatred is bold and stubborn, daring even. To stand against it can cost you your life, your livelihood, your existence in the long run.

I'd love to blame all that's happening in this country (and abroad) on the current president. But let us be real clear: This hate has been sifting through the rim of life for as far back as many of us can remember. In fact, one could argue that in the black community, it has always been there.

Barack Obama had the unfathomable notion to be fair and just to all—and lo and behold, that actually included black folk. We were given eight years of Pepcid to the hate ulcer that has consistently festered in the black community. Guess what, though. We're still black. As black as we were before President Obama took office, and to many, we are blacker now that he's gone. And our blackness coupled with all the reasonable efforts that Obama made just does not sit well with those who are guided by hate. So the barrel of that hate gun rises again, and it intends to knock us "fairness seekers" down a peg or two.

Recently, I have noticed it's difficult to even have conversations with people about anything political. Sure, there's always a certain sense of uncertainty when you don't know by looking at a person, or at least observing them for a while, how to broach the subject of politics. It's not so clear these days. But I've never enjoyed political debates because my existence is too free to get that involved in how others see things. I just try to be as clear as I can. Many of my friends pride themselves on knowing the goings-on in Washington or, hell, even at the state capitol. But I notice that even their conversations aren't going well these days.

Hate-filled people seem to be ready to make themselves seen. I think they grew tired of watching all people be treated like equals for eight years. So now, if you're gay, black, female or immigrant, get ready because they want us to know that we had our chance. The boldness is everywhere you look: gas stations, television, social media, libraries, restaurants, and, of course, on the job. The desire to hide behind politeness and pleasantries is long gone. So then those of us who aren't interested in playing the game or participating in hate are left wondering how to make a positive contribution to what greatness really should look like. How do we make that greatness happen again? How does one person or one group combat hate?

We still try. We still hope. We have compassion and love for each other, regardless of where we are or where we come from; whether we go to church or mosque; whether we are born here or escaped here for a better life. We still believe that there has to be something better than hate to guide us. Love has brought us through before, and I believe it can again.

It was love for each other that got us the great eight years of President Obama. We came together then, and we can again. Even if love is all we have, it is also all we need.

Funmi "Queen" Franklin is a word lover, poet, a truth yeller and community activist. She is the founder of an organization that promotes self love, awareness and sisterhood. Plus, she has a wicked addiction to Lemonheads.