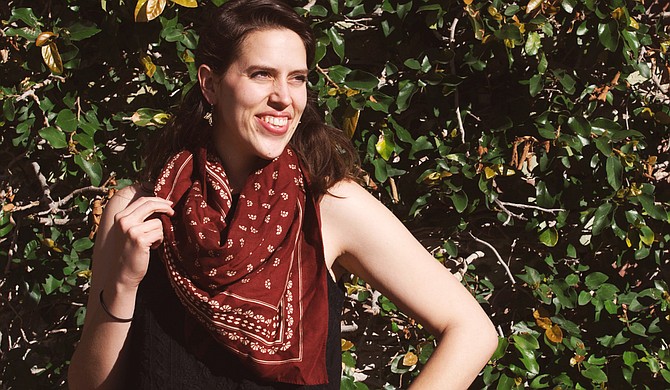 After moving halfway across the country to go to college in Iowa, then working for a year after graduation in Connecticut, Liz Broussard wanted to find somewhere to live with a sense of community.

"Some folks in FoodCorps just spoke so highly of Jackson, and told me that it is was the perfect place to meet people, to be involved and engaged in the community." Broussard says.

She graduated from Cornell College in 2012 with a specialized bachelor's degree in food and the environment. Her passion for sustainable food and underserved communities comes from a combination of her collegiate academics and being in Iowa.

"People from home teased me that I was 'going off into the corn fields,'" Broussard says about her move to the Hawkeye state. "But (while there), I began to understand what agriculture is starting to look like and what it has become over the last couple of decades. It's realizing that when you're eating Cheez-Its, you're eating corn; there's corn in your hair products.

"It just made me think a little more critically about what I was eating, and what people who didn't have the same opportunities as me were eating."

Following college, Broussard worked in Connecticut for a year for FoodCorps, a grantee of AmeriCorps and nonprofit that teaches kids about healthy food and where it comes from, before moving to Jackson as a FoodCorps Fellow in 2013. She served as a state coordinator and administrator and worked to support the 10 FoodCorps members throughout Mississippi.

After her fellowship was up, she decided to stay, and in 2015, she began working with the nonprofit Alignment Jackson, which brings community partners into Jackson Public Schools.

Six months ago, Broussard was offered the position of food justice project coordinator with the National Center for Appropriate Technology, which is a nonprofit that promotes sustainable living. NCAT is the state partner of FoodCorps, and through a grant from the W.K. Kellogg Foundation, the organization is starting a new food-justice project to increase people's access to healthy, culturally appropriate food.

Broussard sees lots of potential in her new home, and if there is one thing that she could see happen, it is more farm-to-school programs. "I would love to see every student in Jackson Public Schools have access to fresh healthy food in their cafeterias every day and have a school garden on-site that they can learn how to work with and interact with," Broussard says.