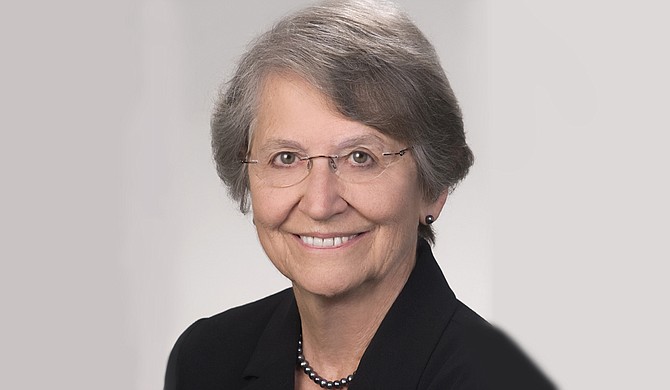 The daughter of a civil engineer, Prenshaw grew up in Mendenhall and briefly attended the University of Southern Mississippi before transferring to Mississippi College to get her bachelor's and master's degrees in English, which she received in 1957 and 1959, respectively. She stayed in Clinton for three years as an instructor at the college, and then decided to continue her education at the University of Texas in Austin, where she received her doctorate in English in 1969.

She returned to USM in 1969 to work as part of the English faculty. Through all of her education and accolades, Prenshaw says that one of the biggest payoffs was moving back to Mississippi.

"It was just after the worst days of the Civil Rights Movement," she says. "In fact, part of the reason I had fled to graduate school was to get away from 1963 Mississippi, which was just so painful."

She says moving back felt like a real opportunity because she could speak to Mississippians who were afraid of change as a fellow Mississippian, not as an out-of-state agitator.

"If you grow up in Mendenhall, you're not exactly an outsider," she says with a laugh. "And coming back to Mississippi wasn't necessarily my plan, and I don't know if I would say I had a calling, but I did feel the responsibility of having a good education and being willing to say what I believed."

After the move back, Prenshaw quickly climbed the ranks at USM, going from the English faculty to the Honors College faculty, and then on to become dean of the Honors College, while also serving as the editor of the Southern Quarterly for 17 years.

She was eventually nominated for a chaired professorship at Louisiana State University in 1991 and worked there for 12 years. During this time, President Bill Clinton appointed her to serve on the National Endowment for the Humanities, and she even testified before Congress on the endowment's importance. She has also spoken at conferences in England, Russia and Spain, received the Charles Frankel Prize from the White House for her contributions to the public humanities, and has written and edited multiple books.

In 2004, she moved back to Mississippi as the Eudora Welty chair of southern studies at Millsaps College, a position that she held for one year. Afterward, Prenshaw became Millsaps' humanities scholar in residence and still holds that title.

For Prenshaw, winning the Cora Norman Award means something particularly special because she and Norman, whom the award is named after, were very close friends. Prenshaw has been involved in the Mississippi Humanities Council since its inception in March 1972, and says that as the founding director of the council, one of Norman's principles was that all their meetings would be consciously racially integrated.

"We always had black participants as both leaders of discussions and participants in discussions, and I think that (Norman) really made a major contribution to racial reconciliation in Mississippi," Prenshaw says. "... I feel like I am carrying the banner of her commitment (with this award), certainly to issues that people like me need to speak out on. I feel as if she had set forward values that were my values too: to bring respect and justice to the people of the state, whatever your color and wherever you live."