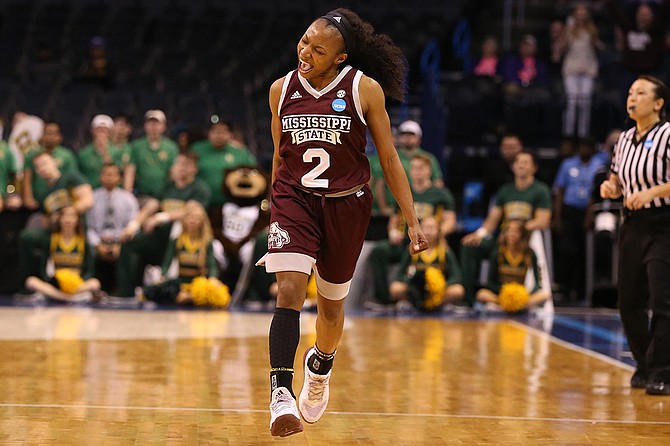 Most of the talk in Mississippi about women's college basketball for the 2017-2018 season will focus on Mississippi State University after the Bulldogs broke the University of Connecticut's 111-game winning streak during the Final Four.

The win over UConn earned MSU a trip to the National Championship Game. A thrilling ride from the Bulldogs ended with a title-game loss, but the core of that team returns for this season.

MSU was picked to finish second in the SEC behind the University of South Carolina. The Gamecocks have become a thorn in the Bulldogs' side.

Mississippi State went 34-5 overall last season, but three of those five losses were to South Carolina, including the national title game. Finding some way to defeat the Gamecocks could mean a title  for the Bulldogs.

Head coach Vic Schaefer returns stars Victoria Vivians and Morgan William. Both Vivians and William were named to the Preseason All-SEC Team and will get help from a strong supporting cast.

Except for being hit with major injuries, there is no reason why MSU cannot make another deep run this March. This team has the talent to win it all, and getting a win over South Carolina could finally push this squad over the top.

USM finished last season with a 24-10 overall record and a postseason trip. Southern Miss coach Joye Lee-McNelis always gets the most out of her players and will have to figure out the formula for the postseason with key players from last year's team graduating.

Lee-McNelis does have three starters returning in Jayla King, Megan Brown and Shonte Hailes. The trio will have to provide leadership to the new players, and one or more might have to step into the spotlight this season.

USM was picked to finish near the middle of Conference USA in sixth place. No Golden Eagle player made the Preseason All C-USA Team, which shows that this team lacks a superstar.

But don't be surprised if Lee-McNelis gets the Golden Eagles into postseason contention again this year. Strong coaching can make up for a multitude of holes on any basketball team.

After finishing the 2016-2017 season with a 17-14 record and a trip to the women's NIT, people do not expect the Rebels to do much this season. The team was picked to finish second to last in the preseason poll.

A major reason for the Rebels' low prediction is the fact that the team returns just one senior, Shandricka Sessom, this year. That means Sessom will have to take up the bulk of the leadership role this season.

The youthful Rebels bring in plenty of talent in Promise Taylor and Chyna Nixon. If head coach Matt Insell can successfully weave in the returning players with the talented newcomers, the Rebels could be a surprise in the SEC.

UM might not make the NCAA Tournament this year since the SEC women is stacked with top teams like MSU and South Carolina. That does not mean this team would not be able to use this season to build toward something special next year.

The Tigers were 7-4 after winning their opening game in conference play, but then the wheels fell off. Jackson State went on to 10 straight losses as the season went from hope to disaster quickly.

JSU rebounded in its last four games but didn't make the SWAC Tournament due a ninth-place finish. Only the top eight teams in the SWAC reach the conference tournament. The Tigers ended the season with a 12-16 record.

This season Jackson State was picked to finish in eighth place and didn't land a player on the preseason all-conference teams. But if the Tigers can avoid another long losing streak in conference play, this team could be a tough foe come March.

Alcorn State just about could not have had a worst start to last season, as the Braves lost their first 12 games and 13 out of the first 14 games at the start of the season. ASU rallied to win seven of its next nine games and get in the thick of the conference race.

Things didn't stay rosy for the Braves, as they went on another losing streak when they lost six of their final seven games of the season. Alcorn State lost four straight games at the end of the season, including the first game of the SWAC tournament.

This season, ASU will lean on SWAC Preseason Defensive Player of the Year and Second Team All-SWAC guard Alexus Freeman. The Braves were picked to finish fifth this season in conference play, but if Alcorn State can avoid the terrible start, this team will have a chance to make noise in SWAC play. The Braves could be a force in the SWAC in March with a strong start to the season.

Mississippi Valley State ended last season's nonconference slate with a 3-8 record. The Delta Devils were sitting at 6-4 in conference in early February before things went south.

MVSU ended up losing seven straight games and eight of its final nine. Mississippi Valley finished in eighth place in SWAC play, and earned a trip to the conference tournament but lost to top seed Grambling State University.

This season, the Delta Devils were picked to finish last in the SWAC and didn't have a player earn any preseason honors. MSVU is in a tough place to win, and this could be a rocky season with what looks like limited talent.

Delta State University went 14-14 overall last season and 11-11 in Gulf South Conference play. The Statesmen were much better at home going 10-3 but struggled on the road with a 4-10 record. DSU is picked to finish seventh, and no players earned preseason honors. This looks like a .500 team again.

Mississippi College just missed a .500 record last season, finishing 12-14 overall and 9-13 in GSC play. The Choctaws were slightly better at home at 8-6 and didn't play well on the road at 4-8. This season, MC is picked to finish ninth in the conference with no players earning preseason honors. Unless this team gets significantly better at protecting home court, a major jump in wins does not look likely.

Millsaps College went 17-10 overall last season and 9-5 in conference play. Like other teams in the state, the Majors struggled on the road with a 7-6 record but protected home court with a 9-3 record. Millsaps has a nice mix of returning talent and newcomers, with six freshmen on the roster. It might take time for everything to mesh, but the Majors could be a threat when everything comes together.

Belhaven University is picked to finish fifth in the East Division of the American Southwest Conference as the team transitions to Division III. Last season the Blazers showed promise when they went 14-11 overall and 9-9 in conference play. Belhaven's season will hinge on senior guard Ke'Asia Gray (see page 3), who is on the conference's preseason watch list. The Blazers have talent but have to put  it all together.

Tougaloo College ended last season with a 9-15 record with the bulk of the damage done on the road as the Bulldogs went 3-8 away from home. Tougaloo was average at home going 5-5 and finished 1-2 in neutral site games. This preseason, the Bulldogs were picked to finish sixth in the Gulf Coast Athletic Conference. If Tougaloo is going to beat the projection, then Preseason All-Conference member Montoria Atkinson must come up big this season.