Loving in the Face of Hate 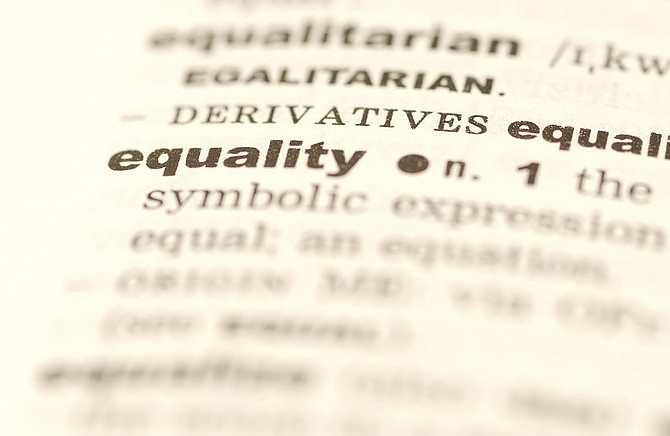 Love can be demanding and powerful. Love can be bold and righteous. Love can insist on justice and equality. File Photo

Fight hate with love. What a beautifully lazy sentiment.

Listen, I get it. I try to govern my thoughts and actions from a place where love leads. But this place also owns awareness and  understanding.

Love is surely more powerful than hate; however, it doesn't have to be docile or shy. It can be just as loud and active as hate is often.

Does loving through the hate intimate doing nothing else?

Does fighting hate with love demand a constant look-over of cruelty and injustice?

Can I not be angry if I'm fighting hate with love?

None of that is realistic. No human being can be hated for hundreds of years, for nothing, without being moved to take action in a real way. It's irresponsible to suggest that turning the other cheek will create love where hate has blossomed.

In a recent exchange on social media, a white woman criticized me. I'm assuming she tagged me as a racist because I stated that it is impossible for black people to even be racist against whites.

If there is hate, which is probably not the correct word, from blacks to whites, it's reactionary. It is learned behavior that has surfaced over years of continuous oppression and attacks. It's a lack of trust, an anger and frustration that has developed out of necessity for survival and defense. So if there's a label for black folks, it most definitely isn't racist. This is pure cause and effect.

I explained this to the young woman. Her response and my cue to exit was that black people can't blame all white people for slavery because most white folk weren't there, and neither was I.

She meant me. That response was ignorant, offensive and dismissive, entitled even. And this is why the anger doesn't fade away. It's a new and improved fight daily.

I suppose I should have loved on her while she regurgitated disrespectful rhetoric at me. I guess to fight the hate, I'd be expected to smile and ignore her disregard for the remnants of slavery that still follow all black people today. Guess I should hug it out with her, separating my mind and heart from the evil emphatically drenched into my people.

I should love her poor, ill-informed self and give her a break for not being able to understand the implications  of her words.

No one is teaching a class that encourages white supremacists to love us even though they hate us. No white-led churches are praying the hate out of Klansmen. But yet when attacked, we should turn the other cheek, light a candle, pray. Come on! Does that make good sense? Love embraces, but it doesn't require a blanket acceptance of  wrongness.

Love does not reside in the tolerance of evil. Love can be demanding and powerful. Love can be bold and righteous. Love can insist on justice and equality.

Love is beautiful, but it doesn't have to be oblivious. In the power of love, one should be prepared and expected to fight back when hate threatens to destroy it.

Funmi "Queen" Franklin is a word lover, poet, a truth yeller and community activist. She an organization that promotes self-love, awareness and sisterhood. She also is addicted to Lemonheads.