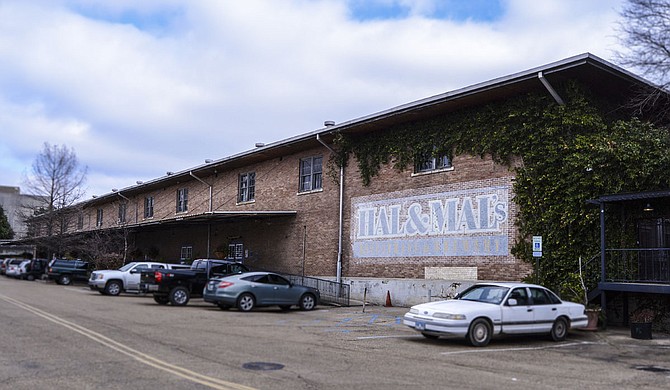 Hal & Mal's is one place you have to go when you're in Jackson. Trip Burns/File Photo

Going to watch a local band can be a fun way to occupy your time, and with Jackson's roots in music, it's no surprise that we have many venues, including this year's winners Best of Jackson winners and finalists.

Martin's Restaurant & Bar (214 S. State St., 601-354-9712, martinsbar39201.com): It's not your imagination—Martin's has grown bigger over the years. It expanded its space, adding a stage in the back, and a bar at the front, middle and near the stage area. Upcoming performances include And the Echo on Aug. 26.

Duling Hall (622 Duling Ave., 601-292-7121): In 1928, Duling Hall was built as Duling School. Many years later, Arden Barnett decided to turn the auditorium into a venue for concerts, weddings and other events. Barnett and his team at ardenland work to bring acts to Jackson such as The Flaming Lips and local acts such as Seth Power. For more information on upcoming shows, visit ardenland.net.

Shucker's Oyster Bar (116 Conestoga Road, Ridgeland, 601-853-0105): If you're looking for something to do every night of the week, Shucker's has events Tuesday-Sunday, including karaoke and performances from band such as Acoustic Crossroads and Bonfire Orchestra. On Fridays and Saturday, Shucker's even has bands on the bar's deck.

Hal & Mal's (200 Commerce St., 601-948-0888): Hal & Mal's is one place you have to go when you're in Jackson. You can find everyone hanging out there from politicians to local business owners to just friends. Hal & Mal's actually has three venues: the restaurant, the Red Room and the big room in the back. Acts such as New Orleans Bourbon Street Band, Young Valley, Snoop Dogg and Reverend John Wilkins have performed at Hal & Mal's. For more info, visit  halandmals.com.

The Hideaway (5100 Interstate 55 N., 601-291-4759, thehideawayms.com): It seems like something is always happening at The Hideaway, whether it's a DJ party or a performance from bands such as Spank the Monkey and Pop Fiction.  Upcoming events include SCARAB on Aug. 25.

Thalia Mara Hall (255 E. Pascagoula St., 601-960-1537, jacksonms.gov): Over the last few years, the city has majorly improved Thalia Mara Hall, from getting the venue new seating to booking performances such as the Experience Hendrix Tour. The venue has hosted everything from high-school graduation ceremonies to the USA International Ballet Competition, which begins in June 2018.

To see more of the city's best, visit bestofjackson.com. Stay tuned for the 2018 Best of Jackson ballot, which will start in November.