Eating Out on a Student Budget 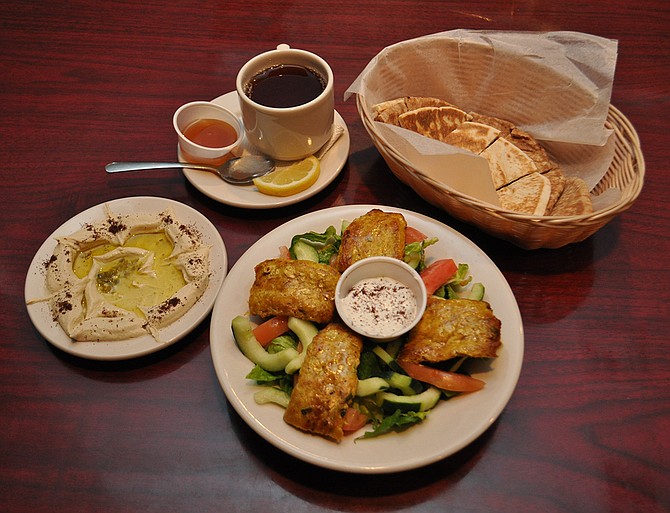 If you’re looking for food for under $10, restaurants such as Aladdin Mediterranean Grill have good options. Trip Burns/File Photo

Eating out on a college budget or even just a small one can be difficult, but this year's Best of Jackson winners and finalists for Meal Under $10 are good, affordable options.

If you're in the mood for Mediterranean food, Aladdin is a good choice. They've made into the Meal Under $10 for the past two years, and last year, they won. While the restaurant has entrees that are more than $10, many menu items such as appetizers, including hummus, and meat or veggie dolmas, sandwiches such as the chicken shwarma, desserts, salads, vegetarian entrees, and more fall under $10.

This has been a Jackson staple for years, and it has either won or placed in Best of Jackson many times. With a location in Fondren or downtown, chances are, you're within driving distance of one. Except for catering, most menu items at Basil's are under $10. The restaurant has sandwiches such as the Elvis, which has peanut butter, bananas and roasted peanuts, and a chicken sandwich, which has bacon, Roma tomatoes, provolone cheese and pesto mayo; pizzas such as the 904, which has white sauce, spinach, roasted garlic, Italian sausage and pepperoni, and the margherita, which has tomato sauce, mozzarella and basil; sides such as chips or bowtie pasta; and more. Vegetarians love Basil's due to great options for them, too.

Bully's has been in business serving Jacksonians southern food since 1982. It started off as a snack shop that served local factory and manufacturing plant workers during their lunch breaks, and after the late W.D. Bully, who opened the restaurant, saw a need to serve them hot meals, he started developing the restaurant into what it is today. Everything on the menu is under $10, and the restaurant has entrees such as beef tips with rice and southern fried catfish; daily specials such as sausage and red beans with rice on Tuesdays; vegetables such as fried green tomatoes and cream potatoes; and more.

Grocery stores are good for two reasons: One, they have groceries (obviously), and two, a lot of them have hot or grab-and-go meals, and McDade's is no exception to this. While it is possible to grab something quick to heat up that's under $10, McDade's also has a hot lunch bar every day of the week. Menu items include fried chicken tenders, barbecue ribs and chicken, and squash casserole. McDade's has locations in many areas of Jackson, so you're probably never far from one.

Primos has been in the Jackson area since the 1920s, and it has been a repeat winner in Best of Jackson.   The restaurant serves breakfast, lunch and dinner, so a college student looking for a good meal any time of the day probably won't go wrong at Primos.

The menu includes breakfast food such as buttermilk pancakes and the Primos parfait, which has the restaurant's homemade granola, and Greek yogurt and strawberries; salads such as the chicken tender, which has tomatoes, bacon, egg and cheese; sandwiches such as the Primos club, which has smoked turkey, Swiss and cheddar cheeses, mayonnaise, lettuce, tomato and bacon; and more. Many items are under $10.