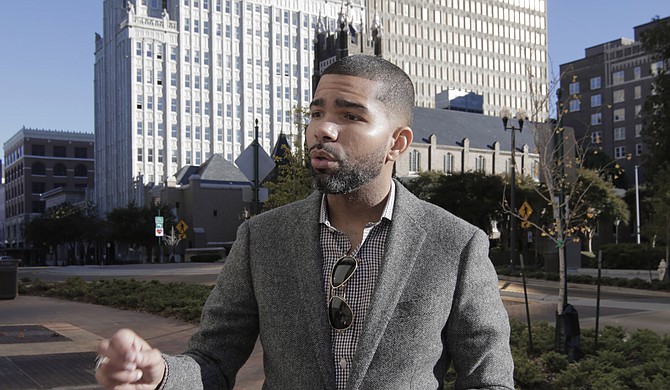 With five days until the primary elections, Jackson mayoral candidates recently submitted their campaign financial reports for the April 25 deadline, which included a political action committee of the national Working Families Party. Lumumba was the only major candidate who failed to submit his April 25 report to the city clerk by the deadline, saying it would be there by Friday, April 27, due a last-minute rush of PayPal donations.

The Working Families Party supports grass-roots candidates around the nation. In a press release, WFP National Director Dan Cantor said: "Our nation will only change from the grassroots up. That change can begin in Jackson. Chokwe Antar Lumumba is an inspiring candidate running an inspiring campaign built on the belief that a city must truly serve all its people. We're already hard at work to help him win so that the city of Jackson can realize that vision."

Lumumba was included in the statement. "The Working Families Party fights for justice and opportunities for every community, and I'm proud to have earned their support," Lumumba said.

The Working Families Party is a political organization that "recruits, trains and elects leaders who share our mission to local and state office in a growing number of cities and states." The WFP has helped elect numerous progressive candidates to local and state offices as well as fighting for and winning campaigns for higher minimum wages and paid sick days, increased funding for public education and reforming policing practices.

As of now, Sen. John Horhn has raised the most campaign finances, leading with $207,363, and Robert Graham following behind.

Lumumba is expected to increase his totals dramatically Friday, but it is unclear whether he will outpace Horhn and Graham. "We finally received our PayPal transactions statement yesterday afternoon which had been held up for weeks due to the volume of donations. According to PayPal we had approximately 800 transactions."

The Jackson Free Press has reached out to all major mayoral candidates for a list of endorsements, which we will post as received.