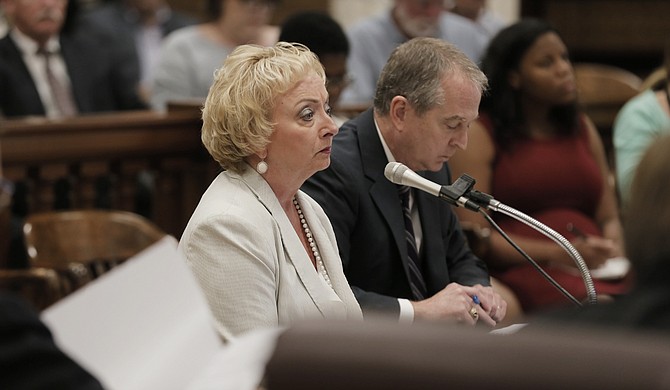 JACKSON — Even though Davis Magnet International Baccalaureate Elementary School in the Jackson Public School District is ranked an A by the Mississippi Department of Education—and the best elementary school in the state by SchoolDigger.com— principal Dr. Kathleen Grigsby says it is too early to celebrate.

"We do plan to celebrate in a big way, but we want to make sure our accountability ratings come out in our favor as well," Grigsby told the Jackson Free Press in an interview.

Grigsby, like many other administrators in Mississippi, is conscious of the state's method of determining its "A" through "F" accountability scores. The 2014-2015 accountability grades come buffeted by a U.S. Department of Education waiver allowing districts to keep their 2013-2014 grades if their scores for 2014-2015 were lower. This is to compensate for the state's previous roulette of statewide testing assessments. After this year, schools and districts will no longer be able to use the waiver. Though Davis has maintained its consistent A ranking, many A districts in the state would have different ratings if not for the safety net the waiver affords.

The State Board of Education voted in August on a plan to assign A grades to fewer Mississippi schools and districts than an administrative task force recommended, but more than the state wanted, the Associated Press reports. The public has the opportunity to comment on the proposed changes until Sept. 13. MDE says it used the accountability system first employed in the 2013-2014 school year to determine rankings for this past year's test scores, and will continue to do so. MDE also says schools and districts will receive their ratings based on a point system that considers not only test scores, but also graduation rates and academic growth. "Accountability grades will be determined by the corresponding numeric score for schools and districts ranking at or above the 90th (A), 63rd (B), 38th (C), and 14th (D) percentiles in 2015-16," MDE said in a Sept. 2 press release. "The exact scores needed to earn a particular grade will be finalized in the first week of October after all school districts have had the opportunity to review their data for accuracy. These scores will be used to determine grades for 2015-16 and future years." The State will release final accountability results to schools and districts on Oct. 18 after they get the opportunity to review their data. The Mississippi State Board of Education will meet to approve the grades, and then release those scores on Oct. 20. "Once final data are approved by districts and verified by MDE, the numeric values for each grade will be set and they will not change. This way, district leaders will always know the target needed to reach a particular grade. The target will not move," Dr. Carey Wright, state superintendent of education, said the release.

"As always, every decision we make is based on what is in the best interest of students, teachers and administrators. We know all schools and districts are committed to helping students achieve the highest possible goals. There is no limit to the number of schools and districts that can earn an 'A' or any other grade."

Accountability results were part of education legislation this past legislative session. Legislation effective July 1 of this year amended the charter-school law to allow students in "C"-, "D"-, and "F"-rated districts to transfer to charter schools in districts where they do not live. The state's currently operating charter schools have no 2014-2015 accountability ratings, as Reimagine Prep and Midtown Public Charter School opened their doors in fall of last year, and Smilow Prep will open this fall.

Gov. Phil Bryant also signed a law to create the Mississippi Achievement School District, which would absorb schools rated "F" for more than two years in a row into one district that intends to bring those schools to an accountability rating of "C". That legislation, however, does not consider ratings designated prior to the 2015-2016 school year. The law will go into effect for the 2017-2018 school year.

Currently, the district has only two F schools—Blackburn and Brinkley Middle Schools—down from eight in 2014 and 17 in 2013.

Gray also sounded a word of caution in the letter about the rankings: "The Department of Education has changed the standards for what is considered an A school and what is considered an F school. This means that even though our scores improved there is a chance that our rankings could be downgraded."

He ended with a call to action for funding, as well as a pledge: "Our community partners, citizens and state lawmakers, all have a role to play in our success. Your local representatives and senators need to hear from you about your concerns for the Mississippi Adequate Education Program (MAEP). Our students need those funds, which are being cut each year. Executing our mission would be much easier if our students received the funds they are owed each year; it's all about them."

"Meanwhile, with the support of our parents, teachers, administrators, staff, students, and community partners, JPS will continue to build stronger schools while ensuring every scholar, every day, is ready for life," Gray added.