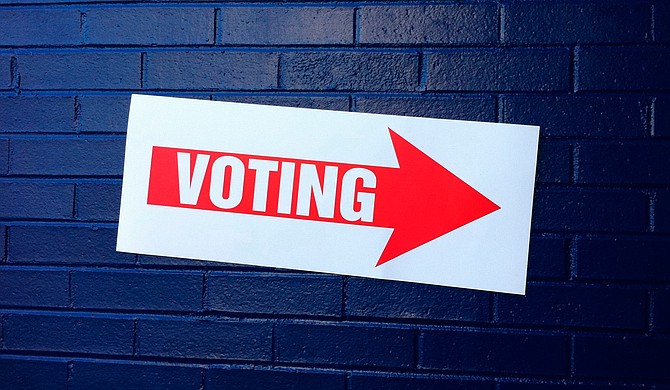 Mississippi has the second highest rate of voters disenfranchised in the country due in part to its outdated laws. Photo courtesy Flickr/Justin Grimes

JACKSON — Thanks in part to Mississippi's antiquated and disenfranchising voting-rights laws, Robert Banks still cannot vote, even though he has been off probation for over a decade.

A Marshall County jury convicted Banks of robbery in 1999. He served less than a year of his five-year sentence in prison, spending three years on probation instead. Fully discharged in 2002, he still did not have the right to vote, his suffrage bill says.

Stone said he introduced the bill because Banks is a "model citizen" and hard-working taxpayer in his district. Banks' mother asked Stone to introduce the bill. Banks or his mother could not be reached for comment by press time.

"What I have found a lot of times when you have someone contact you because of a suffrage bill, 10 to 20 percent (of the time) we can actually do something, because a lot of times people will contact me about a suffrage bill because they think they're disenfranchised, and they're not," Stone told the Jackson Free Press.

The secretary of state's website lists 22 disenfranchising crimes ranging from murder and rape to larceny and receiving stolen property. Mississippians with any of those 22 crimes on their records have few options to get rights restored. The ban comes from a precedent set in an article of the Mississippi Constitution, which has not been changed since the 1970s. A 2009 attorney general's opinion recently defined the list of crimes. Disenfranchised citizens can ask the governor directly to restore their rights or ask the court directly. The Legislature can pardon them with individual suffrage bills.

In September, after introducing the Y'all Vote website, Secretary of State Delbert Hosemann told reporters about reforms he would like to see in Mississippi's election and voting laws. He also said the Legislature should look at revisiting disenfranchisement laws in the state.

"We are skewed ... because we have pedophiles and drug dealers still voting, and I've got somebody who steals timber that's disenfranchised," Hosemann told reporters in September.

Hosemann said the Legislature could come up with an array of alternatives, but some of bills lawmakers have previously introduced never made it to the floor.

In 2016, Rep. Alyce Clarke, D-Jackson, filed a bill to restore rights to someone charged with a disenfranchising felony after he or she completes all the terms of supervision, probation or prison time, and if three years pass with no new charges. The bill did not make it out of committee.

Mississippi has the second-highest percentage of disenfranchised voters in the country, second only to Florida, a new report from the Sentencing Project shows. This is primarily because of the state's rigid felony list, but also due to its laws in general. Once a person is convicted of a felony, he or she loses voting rights for the foreseeable future. Mississippi is one of a dozen states that disenfranchise those in jail, on probation and post-sentence.

Marc Mauer, executive director of the Sentencing Project, says that while the report's numbers are estimates, they are the soundest numbers out there. Researchers took into account mortality and recidivism rates to make sure they did not double-count those who committed a second offense.

State policies on disenfranchisement vary widely across the country. In Vermont and New Hampshire, even committing felonies do not mean losing your right to vote. Mauer said Mississippi is an outlier state due to its disenfranchising crimes list. 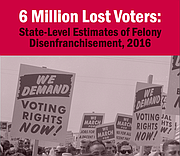 "The vast majority of other states, whether they are very restrictive or very liberal, don't take into account the offense itself; they'll just say you can't vote if you're on probation or you can, but the offense itself has nothing to do with that determination," Mauer told the Jackson Free Press.

The report shows that in the past 15 years, 335 Mississippians have had their voting rights restored.

In the last presidential election, with 1.285 million Mississippians casting votes, President Obama received 43 percent of the vote. He lost to Romney by under 150,000 votes in Mississippi in 2012.

Mauer said the number of disenfranchised African Americans in the state are indicative of a criminal-justice system with a well-documented history of unwarranted racial disparities.

"It's not just a function of crime rates, and therefore, we have these racial disparities in the justice system that should be very disturbing, that then translate into higher rates of disenfranchisement as well. So it just compounds the problem that way," Mauer said.