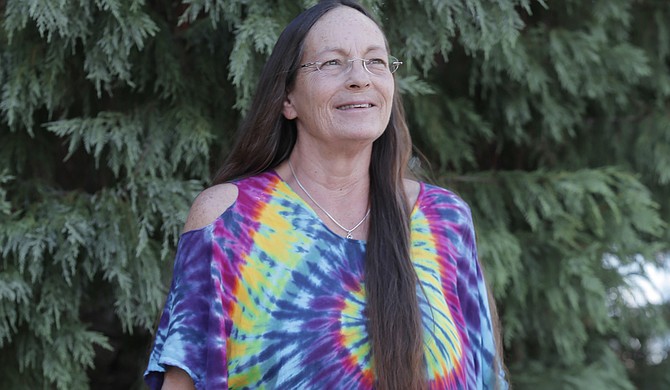 When Leslie Puckett began her business, BearCreek Herbals, in 2000, she was at a crossroads in her life.

Puckett had just ended her career as a special-education teacher and was trying to figure out what she wanted to do next. Ever since she was 30 years old, she had been researching alternative therapies for her arthritis and used herbs she grew to make products to treat her illness.   Eventually, she had more than she could use, and that became one of the inspirations for BearCreek Herbals.

"What I found was the products that I was making for myself were great, and they worked, so I wanted to share," she says.

Through BearCreek Herbals, Puckett, who is now 59, makes and sells items such as hot and cold packs for arthritis, and lip balms, lotions and bug repellent. Since October 2014, she has also worked as a manager at Fair Trade Green in Rainbow Plaza, which she says has helped her business grow. The store even carries her items.

"(There are) lots of like-minded people looking for alternatives," she says. "It's knowing which herbs to use or which oils for the healing properties."

Puckett was born in Ohio, but as a military brat, she moved often. She graduated from the University of Southern Mississippi with a bachelor's degree in special education in 1980. She moved to Jackson in 1984 when her husband, Aaron Puckett, who recently passed away, got a job at the University of Mississippi Medical Center. Leslie Puckett taught special-education students for 13 years in schools such as Lanier High School and Terry High School. But after a while, she says it wore her down.

"I loved the kids, but I hated the paperwork and administration," she says.

She worked for Belhaven Bookstore before her friend Karen Parker, then-manager at Fair Trade, asked her to take over the position. Puckett says she likes introducing people to the concept of Fair Trade, an initiative that helps producers in developing countries create better trading conditions and promote sustainability. The movement focuses on aspects such as higher wages and better working conditions for producers. Puckett says Fair Trade Green buys from about two dozen certified companies.

"We have the opportunity to provide (workers with) a decent living, to help raise their standards, to help educate their children, and help them cover medical and whatnot without physically being there," Puckett says.