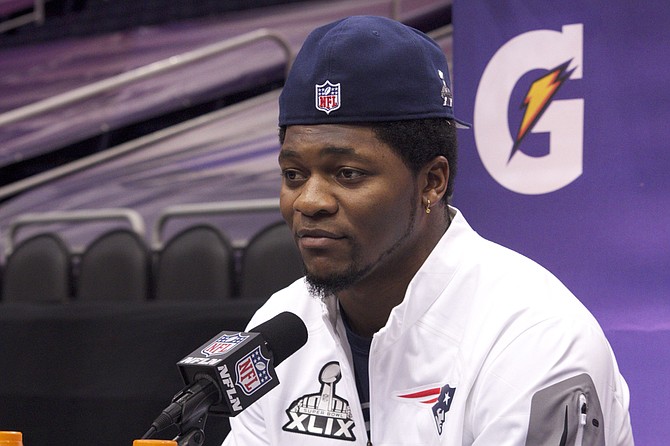 Former University of Southern Mississippi star Jamie Collins went from the proverbial penthouse to the outhouse on Oct. 31. The 7-1 New England Patriots traded Collins to the 0-9 Cleveland Browns for a third-round compensatory pick, but if the Browns won't have that, the Patriots will get a fourth-round pick.

Fans will probably never know the true reason that New England made the trade. Plenty of sports media sources are speculating as to why New England and Cleveland executed it.

Collins was in the final year of his four-year rookie contract. ESPN's Adam Schefter reported that the linebacker wanted a new contract similar to the six-year, $114.5 million deal with a $70 million guarantee that Denver Broncos linebacker Von Miller signed back in July.

Collins has since denied the rumors that he sought a new deal akin to Miller's contract and that the Patriots offered him only $11 million a year.

If the trade wasn't about money, New England might have made it because the team didn't feel like Collins did things the "Patriot way." Several reports have suggested that he likes to freelance, which the Patriots wouldn't abide since his play on the field was slipping.

No matter the reason for the trade, New England lost a 27-year-old athletically gifted linebacker who was a Pro Bowl player last season. Cleveland now has an impact player who has been in seven games, starting six times, and has 43 total tackles, 31 solo tackles, three passes defended, two interceptions, one sack and one forced fumble.

Cleveland will likely try to sign Collins to a long-term deal during the season or quickly after the season ends. He will fight through having to learn a new city and team, and going from the top of the AFC to the bottom.

While at Franklin County High School in Meadville, Miss., Collins played in a variety of positions, including wide receiver and safety. He played quarterback and linebacker during his senior year and played in the Mississippi-Alabama All-Star Game. Rivals.com and Scout.com also ranked him as a three-star recruit by.

Collins signed with USM out of high school and spent his freshman season playing safety. In his freshman season, Collins played in all 13 games and had 48 total tackles, 27 solo tackles, three tackles for a loss, two sacks, two fumble recoveries and a forced fumble.

As a sophomore, he converted to linebacker and played in all 12 games, starting six of the last seven. Collins had 71 total tackles, 41 solo tackles, 2.5 sacks, two interceptions, two passes defended, a fumble recovery and a forced fumble.

He continued to impress people as a junior, even as he moved from linebacker to a hybrid linebacker-defensive end for the USM Golden Eagles. He had 98 total tackles, 58 solo tackles, 19.5 tackles for a loss, eight passes defended, 6.5 sacks, one fumble recovery and one forced fumble.

At the end of his career at USM, Collins had played in 52 games with 34 starts. He finished with 314 total tackles, 196 solo tackles, 21 sacks, 15 passes defended, six forced fumbles, three interceptions and two fumble recoveries.

Even after Southern Miss went winless, the Patriots thought highly enough of Collins to select him in the second round with the 52nd overall pick in the 2013 NFL Draft. In his rookie season, he saw action in all 16 games and made eight starts, racking up 43 total tackles, 24 solo tackles and four passes defended.

In his second year in the league, Collins played in 15 regular season games and made starts in each one, scoring 116 total tackles, 74 solo tackles, four sacks, four forced fumbles, three passes defended and two interceptions. New England also played against the Seattle Seahawks in Super Bowl XLIX, during which Collins played every defensive snap and had a team-high eight tackles in the Patriots' 28-24 win.

He played his first game with the Browns against the now 7-1 Dallas Cowboys on Sunday, Nov. 6, scoring eight total tackles in Cleveland's 35-10 loss.

Collins' next chance to make an impression will come Thursday, Nov. 10, when the Browns take on the Baltimore Ravens in an away game. The game will air at 7:25 p.m. on the NFL Network.