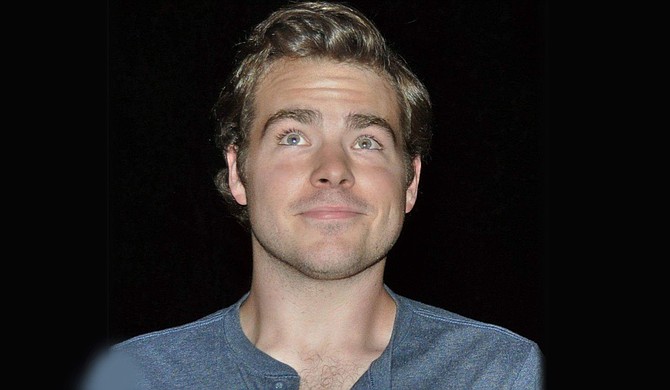 Chris Moore, 26, has been making movies for more than a decade. His admiration for the horror genre began when his dad introduced him to the 1953 film "House of Wax."

Moore hasn't always been as enamored with the horror genre as he is now, though. As a kid, even looking through the horror-movie section at Blockbuster would give him nightmares, he says. But after he got over that fear and began to delve into the genre, he hasn't had nightmares since. He also noticed the types of deeper topics that directors could discuss through horror films.

"It was almost like an exorcising of demons, and now, it's really fun," he says. "You get to bring up issues in a way (that), say, dramas can't."

Tying social issues into his storytelling isn't something new to Moore. His previous film, "Perversion," tackled subjects such as sexual repression and trauma, and he has not backed away from issues-based narrative in his latest film, "Blessed are the Children," either.

The film follows the story of a young woman, Traci Patterson, who discovers she is pregnant after breaking up with her abusive fiance. When she decides to terminate the pregnancy, mysterious masked figures begin threatening her life and the lives of her friends.

Moore, a Jackson native, moved to North Carolina after high school to attend the University of North Carolina School of the Arts. He graduated in 2012 with a bachelor's degree in filmmaking. He took a few years off from the movie business, but last year, he decided it was time to jump back into it, returning to an idea that had been percolating in his mind since middle school.

The film "is very much about a woman's right to choose," he says. He initially got the idea when he was in the seventh grade and moved from an Episcopal school to a Catholic one.

"I got to this Catholic school, and all the sudden, it was all about abortion, and I was like, 'I don't really know what that is,'" he says.

He says these discussions in school and seeing protesters outside of the now-closed abortion clinic on Briarwood Drive in Jackson left a question in his mind: "What if there was a group that was violently opposed to this? And what if they went too far?" This question eventually became his inspiration to write and direct "Blessed are the Children."

Tickets are $8 per person or $15 for a VIP ticket at eventbrite.com. For more information, find the film on Facebook.