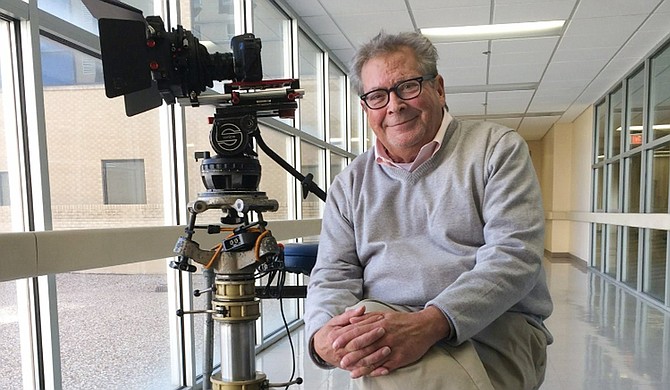 On Thursday, March 16, Jim Dollarhide's home near Lake Cavalier in Madison went up in flames, and on Wednesday, March 23, Madison County Coroner Alex Breeland confirmed that they found the filmmaker's body in the wreckage.

Jim attended Murrah High School and originally planned to become a photographer. When he learned that the United States Army was going to reinstate the draft, he joined to be part of the photo corps. Ultimately, he only spent six weeks in the army and later earned his GED. After that, he received a full scholarship for photography at Hinds Community College.

After Dollarhide dropped out of college, his friend, Sergio Fernandez, asked him about working on a TV commercial. It was then that he discovered his love for cinema.

In 1977, he founded Imageworks. After Jackson flooded in 1979, filmmakers Vilmos Zsigmod and Mark Rydell asked Dollarhide's company to shoot footage for a 1984 film called "The River," which starred Mel Gibson and Sissy Spacek.

After years of working under the Imageworks moniker, Dollardhide closed the company in 1998, though he started Dollarhide Film only a short time after.

Besides national commercial spots for brands such as Scope and NyQuil and award-winning campaigns, including his anti-tobacco spots, Dollarhide was best known for his work in documentaries. The film "LaLee's Kin: The Legacy of Cotton," which Dollarhide helped shoot, won Academy Award for Best Documentary. It also won an award for Excellence in Cinematography at the Sundance Film Festival in 2001. He won the award for Best Director in the 1995 International Monitor Awards for "Harmonies: A Mississippi Overture."

In more recent years, Dollarhide created a B.B. King documentary for the B.B. King Museum in Indianola. The museum won a Muse Award, which recognizes outstanding achievement in museum media, for the film in 2009. Dollarhide, along with filmmaker Gregg Wallace, had been working on updates to the documentary since King's death in 2015.

"It was great. A lot of old friends and coworkers and people he worked with and worked for over the past 40 years came out," Philip Scarborough, who owns Spot On Productions with Tom Beck, told the Jackson Free Press. Scarborough worked with Dollarhide from 1997 to 2004, doing projects such as anti-tobacco campaigns with the Mississippi Department of Health and the Partnership for a Healthy Mississippi, and documentaries. Both of them worked on the 2001 film, "The Rising Place," which won awards such as the Grand Prize for Dramatic Feature at the Heartland Film Festival. After 2004, Scarborough said he still worked with him as a freelancer. He was one of the editors on Dollarhide's documentaries for the B.B. King Museum.

Scarborough said that the state's film and advertising agencies would be a lot different if Jim Dollarhide hadn't been there. "We'll spend years trying to figure out how big a legacy he left," he said.

Nina Parikh, who is the deputy director of the Mississippi Film Office, said that after she graduated from the University of Southern Mississippi in 1995 with a bachelor's degree in radio, television and film, she started freelancing, and Dollarhide was one of the first directors and directors of photography that helped shape her idea of what filmmaking is in Mississippi.

"A number of us from USM that graduated around that time benefited from the fact that Jim Dollarhide had a very successful company," she told the Jackson Free Press. "We all had an opportunity to work and to learn from him. ... He started this industry in Mississippi. There were always some people who had interest in filmmaking for sure, but he's the one that established his company in a big way. There were people before us who learned from him; we learned from him; people are learning from all those people. There's no question that his talents will live on through generations of people in Mississippi."

Parikh said Dollarhide had an incredible eye, worked well with actors and those he interviewed, and was always keeping up with the new technology in the industry.

"We were learning from someone that had innate talent, someone that had a good rapport, so that communication style was great ... to learn from as well if you're trying to become a director," Parikh said. "... He was always keep things fresh, which is certainly important in our industry. He was an incredible example for all of us. ... There will certainly be a big hole in Mississippi's world, but I hope that all of us can start to fill that hole because he left so much with us."

Amber Helsel is assistant editor of the Jackson Free Press. Email her at [email protected]