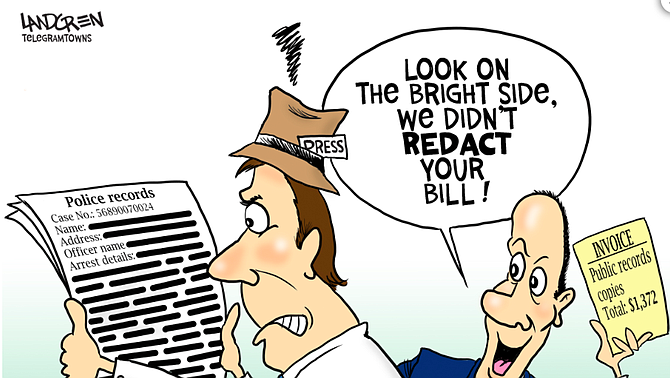 JACKSON — Many public servants often forget, or ignore, that the public has the right to know just about everything they do. We pay them, and it is up to us to hold them accountable. But, often, the sun simply doesn’t shine on local or state government—and it’s as bad as we’ve ever seen it in the state of Mississippi. Sometimes it’s ineptness, sometimes it’s trickery, sometimes it's nefarious, sometimes it’s ignorance of sunshine laws, including the Mississippi Open Records Law, established to give the public, and thus the media, the right to a prompt response to information requests. We also have the right to be present for the vast majority of public meetings, including work sessions of government groups (which we have been turned away from because they don't want sunshine on the process while it's happening, preferring to present a "done deal" to the public.) 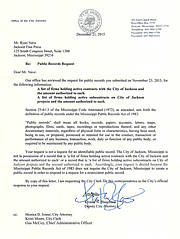 In Jackson and Mississippi, we deal with a wide variety of responses and roadblocks to information. The most common is probably simply ignoring our requests unless we keep badgering them (which is illegal, of course). Another frustrating way to block information access is by charging expensive hourly rates for the time it supposedly takes a staffer to reach into a file and make a copy, or print out a list of readily available information. Or, they try to charge exorbitant per-page rates (unless it’s something they want us to have, of course). Our favorite example of that was Secretary of State Delbert Hosemann’s office telling us it would cost us hundreds of dollars to get copies of then-Gov. Haley Barbour’s executive orders to pardon inmates after we broke that story back in 2008.

The other major problem with records access is the tendency to delay: By definition, “public” information is supposed to be available on demand to the public if at all possible. We understand it takes a few hours or maybe a day or two to answer us about a current document, if it is a good-faith delay, but public servants often take one or more weeks just to tell you “no.” We understand it they are historic records stored in a warehouse somewhere, but current records? Just make them available. The public should know what you’re doing as you do it, so they can have input. It’s also true that when public servants block data, media get a whole lot more curious why.

One of our biggest sunshine frustrations, in fact, came back in 2006 at the hands of another media outlet, The Clarion-Ledger, which hasn't exactly been a sunshine stalwart over the years. That paper, which could afford attorneys back when we couldn't, actually negotiated a longer period of time to respond to requests with the Frank Melton administration, which did not believe it had to follow the law. (The Clarion-Ledger also notoriously withheld information on a lawsuit it was involved in with Melton when he was running for mayor, including the fact that he had lied under oath. The paper endorsed him without revealing that information.)

The JFP has long focused on the serious problem of campaign donation transparency in the state, especially that shielded by political action committees, and more recently the problem with city contractor transparency. PACs often under-report (or don’t bother to at all), use illegible handwriting or wait to report until it’s too late. We’ve even learned that third-party groups are set up to handle money to keep people from knowing exactly who is giving to what candidate.

We have always instructed our news staffers to report campaign donations—because that can be the first step on the corruption trail. Some donors give money and expect lucrative jobs or contracts in return. The public has the right to know about them, even if legal. We’ve used every investigative tool at our disposal to try to expose dark money and post the actual campaign reports themselves (recent years’ reports are in the JFP Documents Morgue at jfp.ms/documents).

The good news is that this isn't a problem every time. In the last mayoral elections, for instance, the Jackson City Clerk's office was wonderful about providing us quick PDFs of campaign-finance reports as they came in (many from that election are posted here.)

Once again, the JFP is turning up the volume on public records, filing more requests to both get information for the public and to test the system. The City of Jackson, for instance, has publicized an apparent “open data” push of late that we will monitor and test for effectiveness.

On the other hand, the City rejected a very basic public-records request recently for a list of firms holding active contracts with the City and the amount of "authorized to each," responding to us that it is not “an identifiable public record.” This is absurd and an insult of taxpayers’ intelligence to tell us that we cannot have a list of companies the city pays. That response letter is posted in the JFP Documents Morgue as the first entry in our new Sunshine Hall of Shame where we plan to track late or negative responses to our requests going forward.

This week, just in time for Sunshine Week, state reporter Arielle Dreher and the JFP news team will start rolling out the results of a state transparency project that will shine a great deal of needed sunshine. Keep an eye out.

Meantime, you can submit your own public-records requests to the City of Jackson here. Write [email protected] if you have problem accessing information. Remember, every week must be sunshine week when it comes to access to public information and meetings. Never forget: All of them work for us.

Be sure to visit our Sunshine archive for some of our public records work over the years.