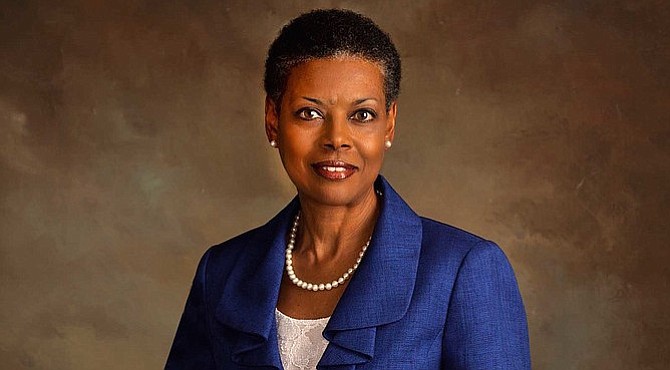 One of the few faces in the Senate gallery during the hours-long discussion of the airport "takeover" bill Thursday was that of Jackson Municipal Airport Authority Board Chairman Dr. Rosie L.T. Pridgen. This morning, she implored a group gathered at Koinonia Coffee House to contact their legislators, city politicians and media outlets to make sure their voices are heard.

"We don't want the JMAA to be one of those things that does not get the attention it needs," Pridgen told people gathered for the weekly Friday Forum.

The full Mississippi Senate got its last chance to change its mind on the Jackson airport "takeover" bill today (March 7) at 4 p.m., as allegations swirl that the effort is more about controlling valuable land around the airport than improving operations of the airport.

She said the issue is not confined to Jackson, and that everyone in the community should reach out to those in other parts of the state to contact their own representatives in the House.

"This is not just a Jackson fight," she explained. "We need some attention."

The airport has been on the rise, financially and developmentally, Pridgen said. Over the years, she said, the airport has reinvested any surplus revenue back into improvements and infrastructure of the facility and continuing education for the board and employees. She said changing the structure of the board, as the bill outlines, would hamper that improvement, including any future development.

"We need your support so that good gets better," she said.

Pridgen pointed out that future development projects, including land recently certified as "shovel-ready" by Entergy, would be put on hold during the ensuing legal struggle that the bill's passage would guarantee.

On the Senate floor Thursday, the bill's author, Sen. Josh Harkins, said that it would result in more support for the airport and its surrounding developments. "I think you wind up having more resources pulling for the airport—Rankin County can't even bond for an economic-development project, if they wanted to," said Harkins, who works in real estate in Flowood, near the airport.

Pridgen is not the only one to pledge legal action legal action this week. The day before the bill passed, Ward 2 Councilman Melvin Priester Jr., an attorney, said in a phone interview that he was already looking for money in the City's budget to fund the resulting litigation if the bill is successful.

"We are going to find ourselves in a very expensive legal battle," he said.

As for the Senate debate of the bill, the Hinds County delegation put up a concerted effort to stymie the Republican majority. More than two hours of debate and six failed amendments later, the Jackson airport "takeover" bill passed the Senate by a party-line vote of 29-18 Thursday, leading critics to slam it as a "hostile eminent-domain takeover."

Harkins maintained all throughout debate that the bill was not a "takeover" of the City of Jackson's land and property—although they do own the land that the airport sits on—but instead said that all his bill does is expand the board and take a regionalization approach.

Mayor Tony Yarber, who attended a campaign event with former President Bill Clinton during the Senate debate on the airport Thursday, later sent a statement lambasting the passage of the bill. "[W]e, the Capital City of the State of Mississippi, are also dismayed and disheartened by the blatant abuse of power that some legislators have taken in an attempt to strip away power that rests within the hands of our citizens who made the sacrifice of investment in our municipal airports over 60 years ago," Yarber wrote Thursday evening in the statement.

"Sadly, we are once again reminded of the divisive abuse of power by some elected officials who would deprive Jackson of such rights. We will continue to work with our state representatives to ensure that what is best for the City of Jackson is the focus and remains at the forefront of the conversation."