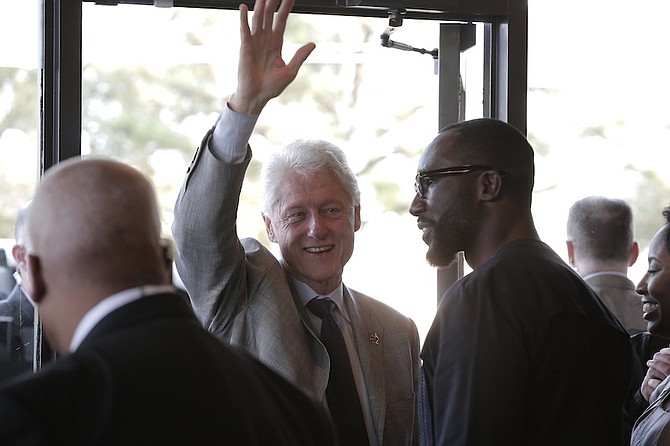 JACKSON, Miss. (AP) — Former President Bill Clinton is telling Mississippi voters that if his wife is elected president, she will work to reduce the cost of a college education by letting people refinance student loans.

He also says the U.S. has too many nonviolent offenders locked up, and Hillary Clinton will try to cut those numbers and provide federal money to help people with education and job training as they leave prison.

Bill Clinton made two appearances Thursday in Jackson, five days before the presidential primary in Mississippi.

He shook hands at a crowded coffee house, then spoke to about 800 people in the student center at Jackson State University.