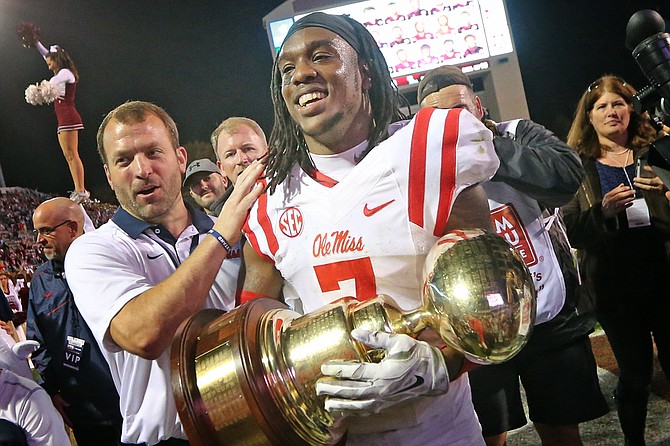 As July comes to a close, every NFL team will open training camp and begin to prepare for this season. For many players, their dreams of playing professional football will be over when camp ends.

It isn't easy to make it onto an NFL roster, but it might be even harder if a player is an undrafted rookie free agent. Those players have to beat out veterans and drafted rookies to find their way on the final roster or the practice squad.

Former University of Mississippi safety Trae Elston will try to make the New Orleans Saints' roster as an undrafted rookie free agent. He might have made a great decision by signing with the Saints, a team that needs all the defensive help it can get after having one of the worst defenses in the league last season.

The Oxford, Ala., native was a four-year starter for the Rebels after a standout high-school football career. He finished his senior season at Oxford High School with 94 tackles and eight interceptions on defense in the secondary. On offense as a wide receiver, he caught 34 passes for 656 yards and eight touchdowns.

Elston played in the Mississippi-Alabama All-Star Game and made the SuperPrep All-Region list while earning All-State honors from the Alabama Sports Writers Association. ESPN.com rated him as the No. 10 safety in the nation, and Rivals.com placed him at No. 28 in the position.

The five-foot, 11-inch safety played in every game as a college freshman, with nine starts for the Rebels in 2012. He amassed 61 total tackles, 32 solo tackles, one sack, one tackle for a loss, one fumble recovery and six passes defended.

ESPN.com selected him for the SEC-All Freshman team and named him the SEC's hardest-hitting freshman.

As a sophomore, he made 11 starts and played in every game of the 2013 season. Elston racked up 62 total tackles, 42 solo tackles, two tackles for a loss, two fumble recoveries, one forced fumble and six passes defended.

Elston's production dipped just a bit in his junior season, as he played in 12 games with 11 starts but missed the Presbyterian College game because of a concussion. He recorded 59 total tackles, 35 solo, three tackles for a loss, one fumble recovery, one forced fumble, three passes defended and one interception.

The 195-pound safety had his best season as a Rebel in his final year. He had career highs in total tackles with 70, solo tackles with 44, tackles for a loss with five, passes defended with 14 and interceptions with four. He returned interceptions for touchdowns against California State University, Fresno and the University of Tennessee-Martin.

During his career with the Rebels, he played in 50 games and made 44 starts. He racked up 252 tackles, 153 solo tackles, 29 passes defended, 11 tackles for a loss, five interceptions, four fumble recoveries, two forced fumbles and one sack.

Elston signed a three-year deal with the Saints on May 2, 2016. This will be the most important month of his career, as he tries to make the team in New Orleans or impress another team with his play should the Saints cut him.