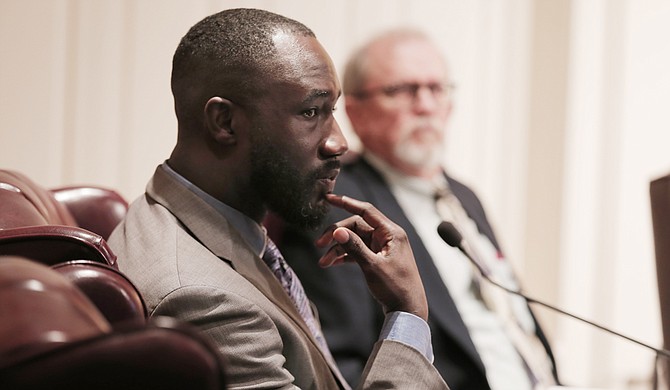 The Jackson City Council passed the Neighbors First Lot Program at its Feb. 23 meeting to address the city's neighborhood blight and revitalization plans. Open to all Jackson homeowners and local organizations, the program is tiered to allow homeowners adjacent to the property to purchase vacant or unused surplus city and state property.

"We want to fix problems of blight," Mayor Tony Yarber said. "We want them cleaned up and fixed. We want to make sure that the land goes to people that can do something with the properties."

Many city homeowners are already taking care of adjacent abandoned properties but without the rights of ownership. The program will not only provide this title for them but will also play a major role in revitalizing neglected areas of Jackson.

The cost of purchase, after completing the registration process, will begin at $10 but cannot exceed $250. Participants must adhere to rehabilitation requirements for the property or risk ownership reverting back to the city. The program begins 30 days after Tuesday's council decision.

The city declined to declare a state of emergency over lead readings in the water, while still exploring options to help assist those that may not be able to afford solutions such as replacing their pipes or water filters.

"And that's all I am proposing here, that we 'ring the bell' about the specific issue as it relates to people's homes," Ward 4 Councilman De'Keither Stamps said when he proposed the declaration. "And also ask for the EPA, USDA and HUD to do specific things to the area as we discover people's homes that have the bad plumbing. And get resources to help solve some of their problems."

Ongoing billing and meter-reading problems are affecting the city's budget still, according to information released during a budget meeting of the city council last week. Director of Public Works Kishia Powell outlined steps the department has taken. "At this point we have caught up all of the residential and commercial billings," Powell said.

Powell did say that around 5,000 meters are now being read with the wireless meter system and that those households will be receiving their bills on time. The department is working on bringing another 3,000 up to wireless reading and automatic billing. "That will start relieving the issues with the meter reads, estimated billing and customers being behind on getting billed," she said.

In case you missed it, here are other city stories since last week's print edition:

City May Annex Airport Land, Collect Rent On It

Keep an eye on the JFP's local news page for daily breaking news, and subscribe free to jfpdaily.com.