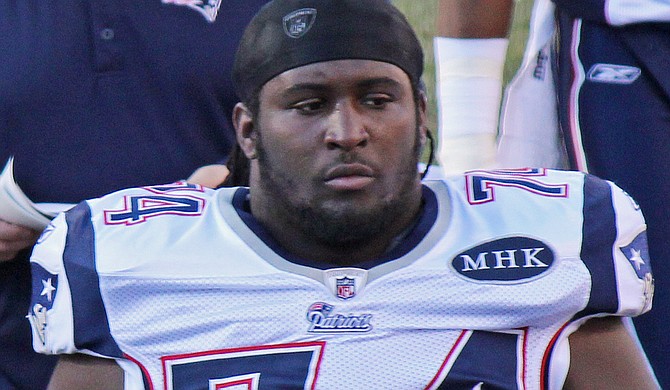 At some point, you might have heard about how the book and film "The Blind Side" nearly derailed the career of former University of Mississippi star offensive tackle and current Carolina Panthers offensive tackle Michael Oher. But another player whose career was nearly derailed by a disease millions of Americans deal with everyday will take part in Super Bowl 50.

A couple of seasons ago, it might have seen a long shot for Panthers defensive tackle Kyle Love to even be in the league much less about to play in the Super Bowl. The only thing better than beating the Denver Broncos for Love might have been beating the New England Patriots.

Love was born in the Republic of South Korea to now-retired Colonel Anthony Love and his mother, Miriam Love. The family later settled in Georgia, where Love became a star at the high-school ranks.

Love also received the Captain's Award in 2005 along with the Scholar Athlete award and was named Atlanta Journal-Constitution All-Clayton/Henry Super 11. He also took part in the Athens Nike and MSL training camps.

While in high school, Love wasn't just a football star. He also was a standout athlete in basketball, baseball and track and field. He committed to Mississippi State University in 2006 over other schools such as the University Memphis, Virginia Tech University and the University of Akron.

In his 2006 season as a true freshman, Love saw action in seven games. He totaled seven tackles in his first year in Starkville.

As a sophomore, Love saw an increased role as he played in all 13 games and made nine starts. He made 17 tackles, 1.5 tackles for a loss, a fumble recovery and a blocked kick.

In his junior season, the 6-feet, 1-inch, 310-pound defensive lineman started all 12 games and made two starts. He finished the season with 13 tackles, two sacks and 1.5 tackles for a loss.

Love had his best season as a Bulldog during his senior season of 2009. He finished the campaign with 35 total tackles, 16 solo tackles, two tackles for a loss and 1.5 sacks.

In the 2010 NFL Draft, the New England Patriots signed Love as an undrafted free agent. He played in nine games his rookie year with one start and produced 14 total tackles, one sack and one pass defended.

Love's second season was a breakout one in New England. He played in all 16 games and started 13 games. He had no sophomore slump in 2011, as he recorded 33 total tackles, 20 solo tackles, one fumble recovery and three sacks. Love was also part of the Patriots Super Bowl XLVI team that lost to the New York Giants 21-17.

In the 2012 season, Love once again was a solid player for the Patriots as he played in all 16 games and made 11 starts. He notched 25 total tackles, 11 solo tackles and 1.5 sacks.

Everything changed before the 2013 season. Love lost 20 pounds and much of his muscle mass as he battled an unknown (at the time) illness. The Patriots cut love in May with a non-football-injury designation.

After not missing a game in the last two seasons and making 25 starts for New England, Love found himself without a job. Right before he was cut, doctors diagnosed him with type II diabetes.

He got his diet in check and then focused on getting his career back on track. The road wasn't easy, as he was claimed off waivers by the Jacksonville Jaguars but was waived during the final wave of roster cuts.

Love signed with the Kansas City Chiefs in November 2013 and saw action in one game before being released in December. He re-signed with the Jaguars and played in just one game as he recorded four tackles in the season final against Indianapolis.

At the start of the 2014 season, Love signed with the Chiefs for training camp but was cut again at the final roster cut down. Carolina signed Love in December, and he was inactive for the final two regular season games but played in both of the Panthers' playoff games as he recorded two tackles.

It was in Carolina that Love finally found a new home. After the 2014 season, Love re-signed with the Panthers and rewarded the team by playing in 15 games with two starts and recording 19 total tackles, 10 solo tackles, and tying a career high in sacks with three and fumble recoveries with one.

Love now has his diabetes under control and has battled through all the adversity that stood in his way. When he suits up for Super Bowl 50, he will get to show the world that he is back once again as a football player.