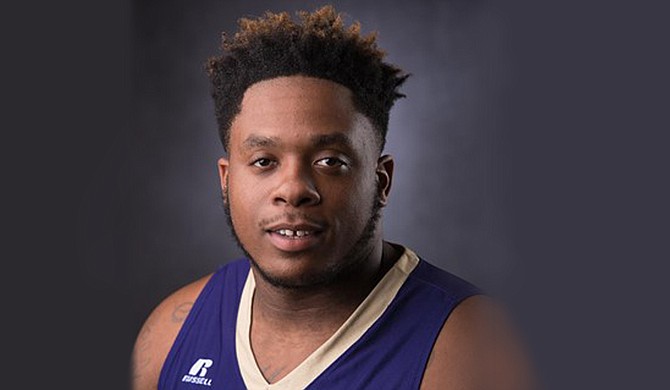 Alcorn State University's basketball team is set to enter SWAC play after posting a 3-8 record thus far in out-of-conference play. If the Braves are going to compete for the regular-season title, they will have to lean on their budding superstar, forward Reginal Johnson.

The 6-foot, 5-inch, 250-pound junior has been outstanding for Alcorn State since nearly the start of this season, currently averaging 14.8 points per game. He has scored in double-digits in every game except for the season opener, during which he scored eight points in 14 minutes of action against Loyola University in Chicago.

Since that opening game, Johnson has scored 12 or more points in every game, and his time on the court has gone up, as he has played for 23 or more minutes in every game but two this season.

This breakout season for Johnson is a little unexpected when you look back at his past production for the Braves. As a freshman, he averaged 9.8 points in 21 minutes of playing time per game, and saw action in 24 games.

Then, he hit a sophomore slump, with his minutes and points both going down in his second season with Alcorn State. While he had a game-high 22 points as a freshman, his best output as a sophomore was 14, and he averaged 6.8 points in 17 minutes of action in 30 games.

After 11 games this season, Johnson leads the team in scoring with 14.8 points per game and is second on the team in rebounds with 7.4 per game. He also scored a career-high 25 points against Louisiana Tech University in a 98-65 loss.

The Monroe, La., native earned Men's SWAC Player of the Week honors for his play from Dec. 19 through Dec. 25. During the two games the Braves played that week, Johnson earned his first two double-doubles (double digits in two statistics in a single game) of the season.

In the first game of that week against Grand Canyon University, Johnson scored 12 points and grabbed 10 rebounds in a 63-53 loss. He followed that up with a 19-point and 12-rebound effort in an 83-68 win over Rust College.

Alcorn State is now reaping the rewards for taking in Louisiana's former Mr. Basketball. As a senior at Richwood High School, Johnson averaged 32 points and 15 rebounds, as he led this team to the state championship game.

During his high-school career, Johnson brought a state championship, a state runner-up finish, four District 2-3A titles and two Class 3A MVP awards. The forward also picked up the nickname "Monsta" for his play on the court.

Several universities, including Louisiana State University, Louisiana Tech University and the University of Louisiana at Monroe, showed interest in Johnson, but few offered him a scholarship. Those coaches missed out on signing a player who could become one of the best in Alcorn State history if he continues to develop.

Johnson and the Braves look to defend their undefeated record at home when they return to the court. ASU starts SWAC play at home against Texas Southern University on Jan. 2 at 7 p.m.