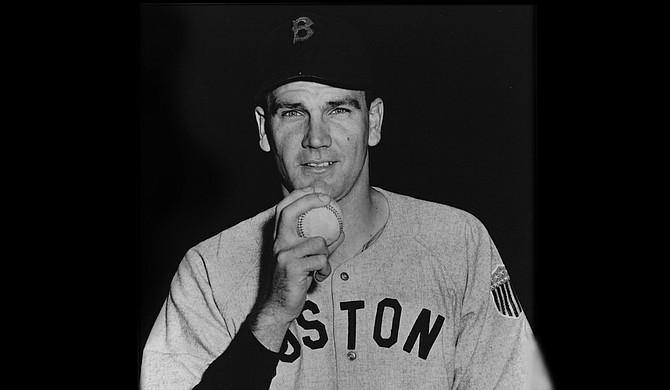 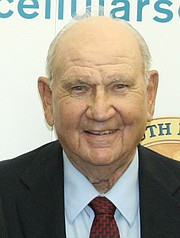 Mississippi lost a sports legend on Nov. 24 when David Meadow "Boo" Ferriss died at the age of 94. Ferriss, who was born in Shaw, Miss., on Dec. 5, 1921, played professional baseball and returned to his home state, becoming a Hall of Fame coach for Delta State University.

The nickname "Boo" came from when, as a toddler, he tried to get his older brother Will D.'s attention, but instead of "brother," he could only manage "boo."

Ferriss became a standout athlete at Shaw High School in football, basketball and tennis, but he excelled at baseball. He began playing for his high-school team at age 13 while he was still in middle school. That year, an older player broke Ferriss' right wrist, and over the summer, he learned to pitch with his left hand while his right was in a cast. He retained ability to throw right- or left-handed.

Ferriss left MSU after his junior season when he signed a contract to play professional baseball for the Boston Red Sox. In June 1942, he made his professional debut with the Greensboro, N.C., team of the Class B Piedmont League, leading Greensboro to a championship at the age of 20.

Like many of the great athletes of the day, World War II interrupted his career. Ferriss served in the United States Army Air Corps as a physical-training instructor. He received his medical-discharge papers in 1945 after a grueling bout of asthma, a condition that had afflicted him since his youth, left him hospitalized.

Ferriss returned to the Red Sox that spring, and the team quickly promoted him to the major leagues. He won his first major league game on April 29, 1945, with a 2-0 victory over the Philadelphia Athletics.

During his rookie season, he won his first eight starts, as he went 21-10 with a 2.96 earned running average and finished fourth in the American League MVP voting. He received American League Rookie of the Year honors for his efforts.

Ferriss was even better in his second season, finishing 25-6 with a 3.25 ERA and 26 complete games. His pitching helped lead Boston to the 1946 World Series against the St. Louis Cardinals. He pitched a six-hit shutout in game three (the Red Sox won 4-0) and started game seven, which Boston wound up losing 4-3. Ferriss also earned a spot in the American League All-Star game in 1946.

One night in Cleveland in 1947, Ferriss' career took a drastic turn, when he suffered what was essentially a career-ending shoulder injury while striking out Cleveland Indians first-baseman George Metkovich. Ferriss made several comebacks but was never the same player after the injury.

Ferriss pitched in the majors until 1950 and ended his career with a 65-30 record. In 1955, he returned to Boston to become the pitching coach for the Red Sox. He held the position until 1959, when he agreed to become the head baseball coach and athletic director at Delta State University.

With Ferriss at the reins, DSU beat much larger schools such as MSU, Alabama, UM, the University of Southern Mississippi and the University of Notre Dame. Ferriss spent 19 years as executive director of the Delta State University Foundation, as well as his coaching and athletic-director duties.

Mississippi State retired his jersey in 2003. In 2004, a Mississippi baseball player, Stephen Head of UM, received the first Ferriss Trophy. In 2012, the Mississippi Sports Hall of Fame gave him the Rube Award for his lifetime contribution to Mississippi sports.

Ferriss lived long enough to see both the Red Sox and Delta State win championships. Both titles came in 2004, as Boston won its first World Series since 1918, and the Statesmen won their first national championship in program history.