Teach For America and the Retention Problem 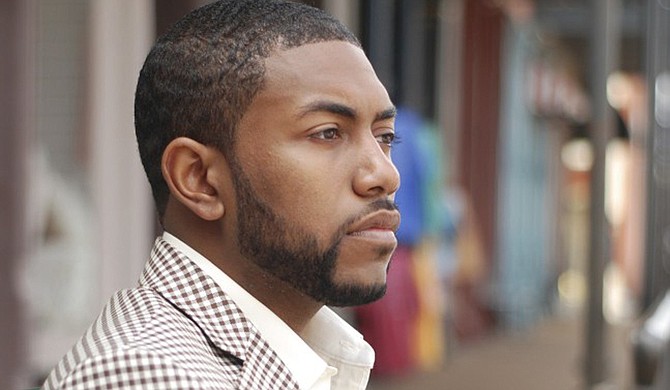 Tim Abram, a Teach for America alumnus, says he moved on from teaching to work in public policy. Photo courtesy Tim Abram

JACKSON — Tim Abram did not go to college to be a teacher.

This is something he has in common with a lot of Teach for America alums. As part of an alternative teacher-licensing program designed to attract high-performing college graduates to the profession of teaching to groom their leadership skills, TFA teachers in Mississippi hardly ever start as education majors.

Abram studied public-policy leadership at the University of Mississippi in Oxford and minored in African American studies. A member of the school's Sally McDonnell Barksdale Honors College, which requires graduating students to complete a senior thesis, Abram wrote his thesis about the gap in achievement between black and white children.

His research discouraged him, but Abram believed he could do something about one statistic he found. Black men are a small percentage of the teacher workforce—2 percent. He decided to join Teach for America to help change that fact.

The Horn Lake, Miss., native taught U.S. History in West Tallahatchie High School, 20 minutes south of Clarksdale, in the Mississippi Delta. The school serves more than 300 seventh- through 12th-grade students; 95 percent of the students are black.

"I'm from Mississippi, and I honestly felt like I wouldn't have had any passion for teaching had I done it somewhere else, or if I wasn't teaching black kids," he said.

But Abram believes teaching is a craft, one that demands constant improvement. He decided not to continue teaching when his time with TFA was up. "I didn't care enough about teaching or the craft to continue doing it," he told the Jackson Free Press.

TFA's teachers make up a very small population of Mississippi's teaching force, and even their numbers are shrinking. TFA representatives say there were 184 new TFA members in Mississippi during the 2013-14 school year, but only 90 starting the new school year. About 20 percent of them are native Mississippians.

On average, 30 percent of all recruits stay in the state to teach for a third year.

Schools across Mississippi struggle to keep teachers, which educators and experts say is due in part to low salaries and an overall inability to keep Mississippi's most promising young adults in the state. And though the 2016 Deloitte Millennial Survey says job turnover is common among young people, Kewanza Williams, a former TFA participant who has been working for the organization in Mississippi for the past five years, says dwindling Mississippi numbers come from slowing participation in TFA in general.

During the 2011-12 school year, about 43 percent of teachers in Mississippi were newcomers to their schools, with fewer than four years of experience at their current place of employment. Nationwide, about 35 percent of teachers fall into this category.

Only 12 percent of Mississippi teachers had been teaching for 15 or more years at the same school, compared to the national average of 17 percent.

The turnover rates for similar post-graduate alternate-route teacher-licensing programs in Mississippi, though, is not as high as TFA. Dr. Joseph Sweeney is the director of the Mississippi Teacher Corps, which places participants in critical-needs schools while also funding their master's degrees in education. On average, he says, 15 to 20 percent of participants quit the program early, but that most use their master's degrees to go on to work in education.

"With Teach for America, we not only take teachers in from across the United States, but we've also more actively started recruiting in Mississippi in the past three years," Williams said. "What we've seen through the recruitment process is that we've had a lower number of people to actually apply to the organization, and because of that, we've also seen a decrease in the number of people who choose to come to Mississippi for various reasons."

Williams says from a recruitment standpoint that sometimes it's hard for some young Mississippians to understand the dire teacher shortages in the state—and then from there, to actually want to do something about it. She says young people often struggle with actually seeing Mississippi as a place of opportunity.

"One of the things that they often fight when I talk to a native Mississippian about doing TFA here is, 'Well, the teacher pay is so low here compared to some of the places some of the people we talk to choose to go,'" Williams said.

Teach for America does not fund teacher salaries; that's the responsibility of the school district wherever the teacher ends up working. Abram says he made $33,390 in his first year, but in three contiguous states, he could've started making more.

Costs-of-living is lower in Mississippi than in those states, but not dramatically. The Tax Foundation, an independent tax policy research group, reported in 2016 that $100 had more buying power in Mississippi than in any other state at $115.34, Arkansas and Alabama followed closely behind with $100 "real" values of $114.29 and $113.90, respectively; in Tennessee and Louisiana, $110.86 and $109.41.

Where altruism might fail to convince some, the weight of TFA's reputation might help others decide to apply.

"TFA is what people call a prestigious organization," Williams said. "We have a 15-percent acceptance rate. So being able to speak to that end to individuals just getting out of college is a good selling point."

Mississippi TFA Director of Alumni Affairs Krystal Cormack, however, says that it's not always a hard sell for those interested in teaching in Mississippi. She says, though, that TFA does focus on developing leadership in its participants, regardless of their careers, she does encourage people to stay and teach when they become TFA alums.

"Our goal is to find native Mississippians and growing the number of teachers who have experienced the same thing as our students and have insight and community connections," she said.

Cormack says Mississippi natives are likely to understand that in their home state, education is not just about what you learn inside classrooms, but about the impact you have on the community, as well.

Abram, who now lives in Washington, D.C., say there is still a chance he may return to Mississippi in the future. He plans to work in public policy in Washington and says he is glad he did TFA because his work in the trenches will help him in the task of helping mold education policy in the future.

He realizes he could help turn the tide by returning. "I think Mississippians are essential to the upward trajectory of the state," Abram said. "I think someone has to have some intrinsic love for the state of Mississippi because it isn't short-term work. It's a lot of work, a lot of hard work over a long period of time."