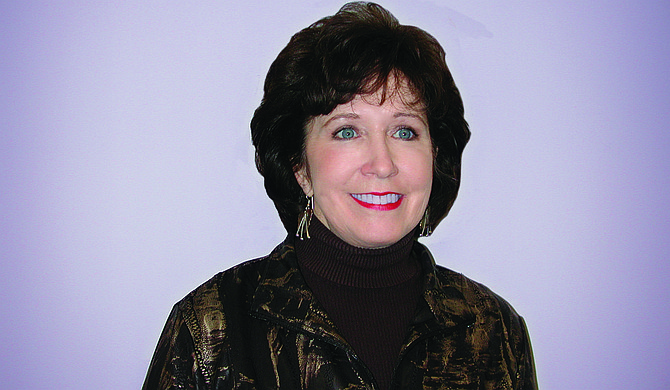 When Delta Airlines closed its marketing office in Jackson in 1994, it turned out to be the best thing to happen to Janet Leach because it led her to a career she has loved for 17 years. While she was looking for another job, a friend that worked with the state travel office suggested she submit an application to that department. Soon after, Leach accepted a position as special projects manager with the Mississippi Development Authority Tourism Division.

It was 1998, when casinos were first springing up in Mississippi, that Leach was able to combine work with the Mississippi Development Authority and her love of golf.

"The casinos started being built, and they built golf courses," she said. "Golf courses across Mississippi also started upgrading, and George Smith, tourism director at the time, thought golf would be a nice niche market for Mississippi."

When Smith asked people in the tourism division who among them played golf, Leach spoke up. Smith then made her the program manager for golf with the Tourism Trade Bureau of the Mississippi Development Authority, which is now known as Visit Mississippi. She set up budgets and plans on how to promote Mississippi golf.

"It has been a really good time," Leach said. "Golf is my passion. ... I just can't think of a better job right now."

Through her job, Leach promotes golf courses in Mississippi not just nationally but internationally, as well. She is also a liaison to two Mississippi PGA Tour tournaments: the PGA Champions Tour Mississippi Gulf Resort Classic and the PGA Tour Sanderson Farms Championship.

"We have been a big part of the Sanderson Farm Championship since (it) moved to Jackson," she said. "We bring in media from all over, and we have media representatives here to play several golf courses before the tournament starts."

While Mississippi's climate allows for nearly year-round golfing, Leach said the summer months, such as July and August, can be a problem for visitors due to the heat, and Visit Mississippi encourages many visitors to come in the spring and fall months.

Leach has also promoted Mississippi golf through consumer shows in Illinois, Texas, New York, Wisconsin, Michigan and other states, as well as Montreal, Ottawa, London, Ontario and Toronto in Canada, by allowing Mississippi-native golfers to participate.

Through the state's membership in the International Association of Golf Tour Operators, Leach has traveled to China and Indonesia. In 2012, she secured the IAGTO's North American Convention through her tireless efforts promoting the sport in our state.

By taking the IAGTO to Biloxi, Miss., Leach brought 76 tour operators from 24 countries and 114 golf suppliers in the U.S. to Mississippi. These tour operators were able to play golf and see attractions everywhere from North Mississippi to the Gulf Coast.

One current project Leach is working on is a partnership with Memphis and New Orleans Convention and Visitors bureaus to promote a Blues, Jazz and Golf tour.

"Three years ago, we put together a marketing plan to promote to the Asian market. We were given an opportunity through the IAGTO to head to China, and the tour operators knew about Memphis and New Orleans but didn't know a lot about Mississippi," she said. "So we brainstormed about creating a showcase for Memphis and Mississippi blues music and New Orleans Jazz with Mississippi having more golf courses to market the jazz, blues and golf holidays."

For most of October, a group of Asian media and tour operators will visit Memphis, Mississippi and New Orleans to promote this partnership package. Stops along the way will include a tour of Memphis, a tour of Mississippi to the Gulf Coast and a tour of New Orleans. The group will visit Ground Zero in Clarksdale, which actor Morgan Freeman co-owns, the B.B. King Museum in Indianola and downtown Jackson. They will also play several of the golf courses throughout the state.

As a result of Leach's tireless work, she is the first woman to receive the Carpenter-Lindsay Award, which the PGA Gulf States section and Mississippi chapter gives to individuals who have unselfishly served and supported the game of golf.

George Bryan received the first award in 1999. Other notable winners include Sonny Lawson and Joe Sanderson.

"Them choosing me for the award, I think, was a way to thank the state of Mississippi too," Leach said. "... If it hadn't been for the state of Mississippi and their backing to send me to all of these places that I have been out promoting golf, I wouldn't have been able to do this. The Mississippi Development Authority and Division of Tourism have really been behind me the whole way. It means a lot to me to be the first woman to chosen for this award, and I'm very honored. I hope there are now many more women chosen."