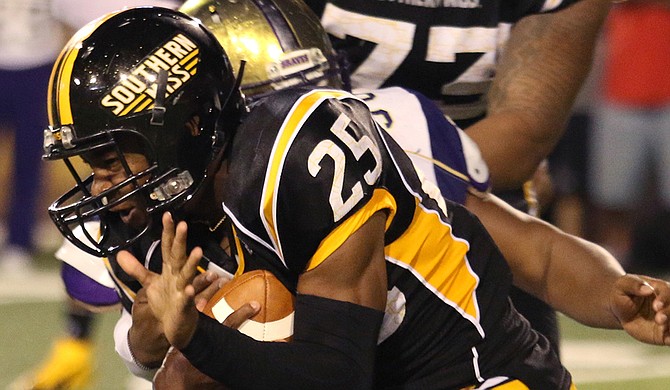 Thursday marks the start of the 2015-2016 college football season. Here are a couple of things to chew on while you wait for your favorite team to kickoff the season.

Quick question: Can you name the one university that has been a full member of Conference USA since the conference was formed in 1995?

If you guessed the University of Southern Mississippi, give yourself a prize.

Now, the conference features teams such as Western Kentucky University, University of Texas at El Paso, the University of North Texas, Florida Atlantic University and Florida International University, to name a few. Southern Miss has been faithful to C-USA as the rest of the college football landscape changed over the last few years.

At some point, though, the Golden Eagles had to have made some calls to other conferences. The university is stuck in a terrible television market in an age when the potential amount of eyeballs on a TV screen matter more than wins and losses.

Loyalty or lack of TV power has left Southern Miss in Conference USA. The Golden Eagles missed their chance to move to possible greener pastures when the last exit of the conference helped build the new American Athletic Conference in 2013.

Conference USA at times was one of the top two non-power conferences in the land. It is now solidly behind the Mid-American, American and Mountain West.

Now, the Golden Eagles' fate is tied to CUSA for the foreseeable future.

On another note, Mike Rosenberg, formerly of the San Jose Mercury News, spent some time compiling the amount of arrests in college football at the FBS level. Thanks to arrestnation.com and Rosenberg, we now know that over the last five years, the University of Mississippi had 20 arrests, Mississippi State University had 11 arrests, Southern Miss had five arrests, and the Jackson State University Tigers had just one arrest. UM tied for sixth place on the list, Mississippi State tied for 11th, and Southern Miss tied for 64th.

Rosenberg said on Twitter that both the Rebels and Bulldogs had four arrests in the past year. The SEC had 13 teams in the top 42 highest arrest rates and had 11 teams in the top 25 on that list.

While the numbers are interesting, it does make you wonder how differently each town treats college football players. This is especially interesting in light of how much the Tallahassee police has been accused or documented of looking the other way from Florida State's problems.

Rosenberg also listed the arrest numbers over the last five years for each NFL team. The New Orleans Saints had just four arrests.

Early designs for the Pittsburgh Pirates's former Three Rivers Stadium from the 1950s planned for the stadium to sit atop bridge in the middle of the Monongahela River.