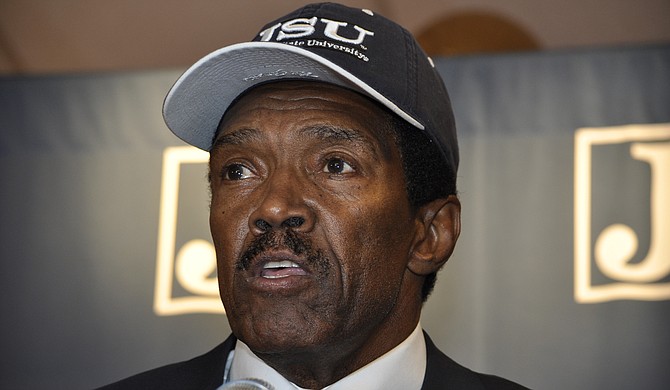 When Jackson State University let go of Rick Comegy after the 2013 season, it was a shocking move for a program coming off two appearances in the SWAC Championship Game, even though the team lost both times. Comegy made JSU one of the more consistent programs in the SWAC.

The university made another shocking decision when it decided to name former star player Harold Jackson as the new head coach. Jackson had plenty of assistant-coaching experience but not much in the way of being a head coach. Nonetheless, the Tigers reached back into their storied history with him in hopes that he could keep them near the top of the SWAC. That plan failed badly, as JSU let Jackson go last week after just 17 games as the head football coach.

Comegy coached 91 games at the school with a record of 56-35. Jackson, on the other hand, was let go with a 6-11 record during a bye week in the middle of the season.

It isn't just the football head coach position that is causing an uproar at Jackson State. Vivian Fuller once filled the athletic-director position, but she recently became the associate vice provost for student affairs.

Robert Walker was interim athletic director after her, but he stepped down a few weeks before Jackson was fired. Now, two of the most important positions in the JSU athletic department are vacant.

JSU fans expect to have a winning football season, and why shouldn't they? The Tigers have a long and proud tradition of being one of the best teams in the SWAC. Fans questioned the hiring of Jackson but were ready to rally behind him for the success of  the team.

Fans quickly began to rumble when he got off to a bad start last season, but they quieted down when the Tigers ended that year with a win against Alcorn State University. This season was supposed to be one of promise as JSU battled Alcorn State for the SWAC East title.

Instead, the Tigers' defense is Swiss cheese, as the offense couldn't keep up in shootouts, even with star quarterback LaMontiez Ivy. The Tigers now turn to wide receivers coach, who JSU named interim head coach, Derrick McCall, to finish out this season.

This year looks to be lost for Jackson State, as the team currently sits at 1-4 overall with 1-2 in SWAC play. But the next few months might be some of the most important in the Tigers' football history.

The new head coach doesn't necessarily need to have head coaching experience, but he has to be the best man for the job. Alcorn State made waves when it hired current head coach Jay Hopson, since he also had no previous experience with head coaching (and he's the first white SWAC coach in the history of the conference), but the athletic department felt like it hired the best candidate for the job.

The JSU new coach will need time. The university can't keep firing coaches quickly and ever hope to turn things around. That doesn't mean letting go of Jackson was a wrong move. He was the wrong choice, and the new coach will have to fix his mistakes.

The next few months will have a long effect over the Tigers' program. Jackson State has to get these next two hires right the first time.

How to Play Quidditch

Those who read the "Harry Potter" series and watched the movies probably remember quidditch. In 2005, Middlebury College freshman Xander Manshel created a real-life version of the wizard sport, which mixes elements of rugby, dodgeball and tag.

While the players don't fly around on brooms, the game has many similarities to the game in "Harry Potter." Here's how it's played:

Three chasers score goals worth 10 points each with the quaffle (a volleyball). They advance the ball down the field, running with it, passing it to teammates or kicking it. Each team's keeper defends the goal hoops. Two beaters use bludgers (dodgeballs) to disrupt the flow of the game by knocking out other players. Any player who gets hit is out of play until they touch their own goals. Each team's seeker tries to catch the snitch. Instead of a golden ball that flies, the snitch is a ball attached to the snitch runner, a neutral player in a yellow uniform who does anything he or she can to avoid capture. Like "Harry Potter," the snitch is worth 30 points, and its capture ends the game. If the score is tied after the snitch catch, the game goes into overtime.