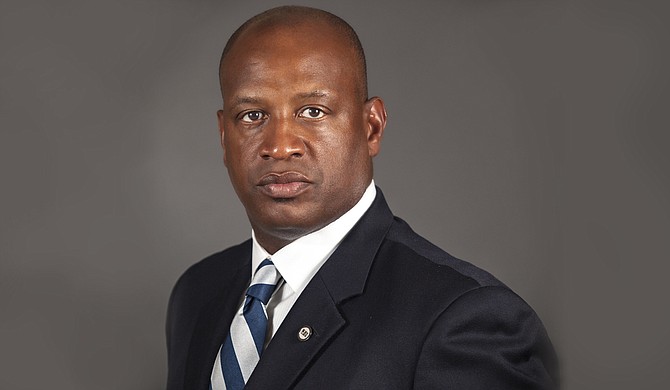 At age 50, Deatrich Wendell Wise Sr. has spent most of his life in football as either a player or a coach. The Evergreen, Ala., native will be honored as part of the 2015 Hall of Fame Class for Jackson State University.

While at Evergreen High School, Wise was a standout offensive and defensive lineman who often led the team in tackles. He was also a successful kicker during his preparatory days, with his field goals making the difference in the schools' wins on Friday nights. In 1983, Wise was named Evergreen's Defensive Lineman of the Year, and he received the Wendell Hart Memorial Trophy for Most Valuable Player.

Wise began his college career at Alabama State University before transferring to Jackson State. At JSU, Wise was an important part of the Tigers teams in the mid-1980s, which dominated the SWAC by winning or sharing seven conference championships during the decade.

The nose guard and tackle was part of JSU teams that reached the FCS (formerly the NCAA Division I-AA) Playoffs in 1985, 1986 and 1987. Wise was one of the main attractions of the SWAC media days in 1987 and was one of the players who was a spokesmen for the Tigers and the conference with the media.

After his college eligibility was over at Jackson State, Wise was selected in the ninth round with the 242nd pick in the 1988 NFL Draft by the Seattle Seahawks. Wise spent just the 1988 season with the Seahawks before moving on in the 1989 season to play for the New Orleans Saints.

Wise was out of the NFL after 1989 and headed to Canada to play in the Canadian Football League. He spent the 1990 and 1991 season playing for the British Columbia Lions.

The former JSU star moved on to the Arena Football League and into coaching after his stint with the Lions. Wise spent 1992-1993 as an assistant coach at Jackson State, coaching the offensive and defensive line and special teams. He also played for the Tampa Bay Storm from 1992 to 1995.

Wise, as an AFL rookie in 1992, finished second on the Storm with five sacks. He finished first on the team and second in the AFL in sacks in 1993 with 6.5 sacks and was named First Team All-Arena in 1993, the same year that Tampa Bay won the ArenaBowl VII Championship.

After the 1993 season, Wise also became a coach with the Storm and worked with the offensive and defensive linemen. He worked and played for the Storm from 1994 to 1995 and won the ArenaBowl IX Championship and his second AFL title.

Wise returned to Alabama in 1995 and became a health science and physical education teacher for the Alabama Department of Youth Services. In 1996, he served as assistant coordinator for the Olympic Games for the Birmingham Youth Soccer League and coached the offensive line for the Birmingham All-Star Classic football game.

The former Tiger spent part of 1996 and 1997 as a football and track coach for the Birmingham Public Schools system before moving on to assistant coaching at Delaware State University from 1997 to 1999. He returned to arena football in 1999 to 2000 with the Grand Rapids Rampage.

Wise got a chance to be a head coach with the Norfolk Nighthawks in their first season for AF2, the developmental league for the Arena League. He coached the Nighthawks from 2000 to 2001 and finish with an 11-11 coaching record.

After leaving the Nighthawks, Wise was a football and track coach for Norfolk Public Schools Systems from 2001 to 2003. He moved to Portsmouth High School in Virginia from 2004 to 2006 as head football coach.

In 2007, Wise became the director of player programs and the offensive, defensive, linebacker and fullback coach for the Dallas Desperados. He retained that position until the franchise folded in 2008.

Jackson State Athletics will induct this 11-member class on Friday, Oct. 2, during the 2015 Hall of Fame Banquet, which will be at the Student Center Ballroom on the main campus. For more information on tickets to the banquet, call the JSU Ticket Office at 601-979-2420.