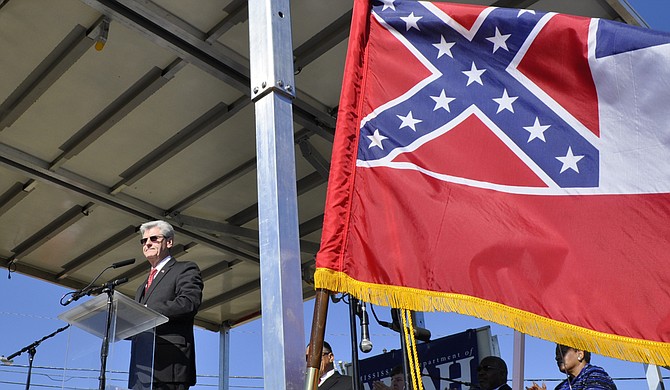 Last week, Gov. Phil Bryant said, "College students react a lot emotionally," in response to the University of Mississippi student senate's decision to bring down the state flag on campus, before the university administration confirmed their decision. Trip Burns/File Photo