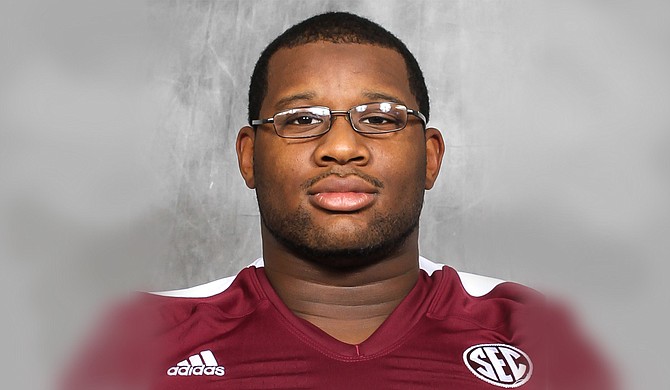 Of all the eligible college-football players across the nation, only 256 heard their names called in last week's NFL Draft. That doesn't mean the professional football dream is over for the players who didn't make teams.

Right after the draft, NFL teams began calling players who weren't drafted in hopes of signing them as undrafted free agents.

One of those players was Mississippi State University defensive tackle Kaleb Eulls. The former Yazoo County High School star landed in a perfect spot when he signed with the New Orleans Saints as a free agent.

Some may remember Eulls name from national news outside of athletics. When he was in high school, he disarmed a student with a gun while riding on a bus filled with more than 20 students.

Rivals.com and Scout.com named Eulls a four-star recruit while at Yazoo County, and SuperPrep named him the fourth best player in Mississippi regardless of position. He was named 4A Defensive Player of the Year and played in the Mississippi-Alabama All-Star Game.

Eulls received the title of All-State while racking up 82 tackles, 16 tackles for a loss, seven sacks, one forced fumble and one fumble recovery. Not only was he an outstanding defensive end, but he also played quarterback for Yazoo County, where he threw for 721 passing yards.

Mississippi State received a commitment from Eulls in 2009, and he redshirted his first year in Starkville in 2010. When Eulls finally got on the field in 2011, he made the most of his chance and became the only freshman (true or redshirt) to start every game and earned a spot on the 2011 All-SEC Freshman Team.

Eulls made 30 tackles, three tackles for a loss and a sack during his freshman year. In his sophomore season, he once again started every game as he piled up 28 tackles, one tackle for a loss, one fumble recovery and one pass break-up.

In his junior season in 2013, Eulls also started every game. He tallied 26 tackles with 1.5 tackles for a loss.

Eulls once again started every game his senior season and received the title of SEC Defensive Lineman of the Week for his performance against the University of Kentucky. Against the Wildcats, Eulls had two sacks for -15 yards.

Overall, Eulls ended his final season in Starkville with 34 tackles, three tackles for a loss and three sacks. He was also a participant in the 2015 Senior Bowl. During his career at Mississippi State, he compiled a total of 118 tackles, 8.5 tackles for a loss, four sacks, one fumble recovery and one pass break-up.

Eulls might have been drafted if he was better at pass-rushing. That was the one big knock against him going into the draft, but he is a good run-stopper who can play either defensive end or tackle.

There is a good chance that Eulls can make the Saints roster. Last season, New Orleans ranked 29th out of 32 teams against the run, 31st against the pass and 31st in total defense.

New Orleans needs defensive help, and Eulls can give it to them if he plays like he did at Mississippi State. The Saints could also help him develop into a pass rusher, which would shape him into a three-down lineman.